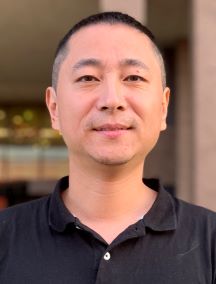 More than 99% of the normal matter we see every day exists in protons and neutrons (nucleons). Nucleons are further composed of quarks and gluons, whose interactions are well described by the  Quantum Chromo Dynamics theory (QCD). Under normal conditions, quarks are confined inside the nucleons and can only be detectable on the scale smaller than 0.3 femtometer. At extremely high temperature and density, matter turns into the so called  Quark-gluon plasma(QGP) phase where quarks become deconfined. This phase is believed to have existed during the first 10 microseconds after the universe was born in the  Big Bang.

The QGP can be created by heating matter above the temperature of 170 MeV. Experimentally, this is done by colliding two large nuclei (typically Gold or Lead) at very high energy. The resulting hot and dense fireball is expected to expand under its own pressure, and cool down. Various properties of the QGP such as temperature, pressure, chemical potential, transport coefficient can be deduced from thousands of final state particles emitted from the fireball and detected with large scale particle detectors surrounding the interaction region.

Our research is focused on understanding 1) the details of the expansion process which can be deduced from the flow pattern of the detected particles. 2) The transport properties of the QGP by studying how the various self-generated probes such as jets and photons are modified by the fireball. Our research is carried out at the  Relativistic Heavy Ion Collider (RHIC) at  Brookhaven National Laboratory and at the  Large Hadron Collider (LHC) at  CERN. Our group is involved with the  STAR and  ATLAS experiments respectively, at each of these accelerator facilities. Both experiments provide a diverse array of thesis research topics, an excellent working environment involving interactions between hundreds of scientists in the field, and unique opportunities for career development.