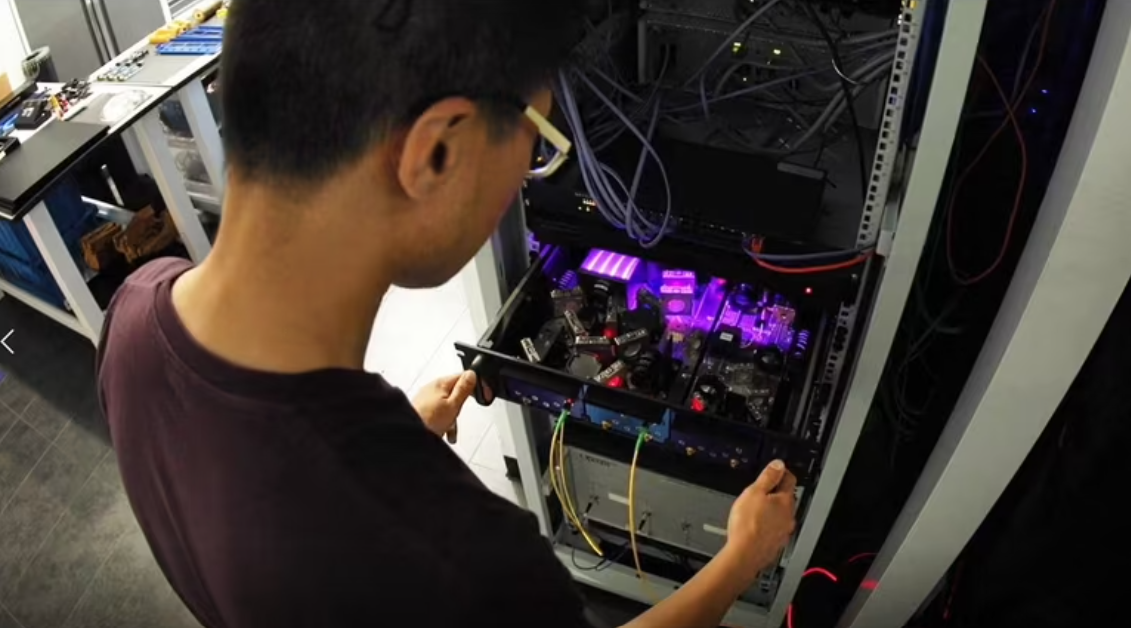 Qunnect's quantum memory sits in a standard server rack connected to the larger network by optical fiber at the startup's headquarters at the Brooklyn Navy Yard. Credit: Juice Groove Films

A Stony Brook University spinoff is building a test bed for a real-life quantum internet.

The company's GothamQ project is far removed from the on-screen "Quantumania" of Marvel's latest time-bending Ant-Man and Wasp adventure, but it could lead to a future where online communications are secure from hackers.

Unlike the existing internet, where billions of pulsed photons (the basic unit of light) generate 0s and 1s to let us check our Instagram account or fantasy football team, the quantum internet sends one photon at a time carrying encoded information.

In October, the company, now based at the Brooklyn Navy Yard, announced it had raised a venture capital round of $8.5 million led by Airbus Ventures, whose limited partners include the European maker of jetliners.

That funding will be used to expand the company from 13 employees to 18 and build out a 21-mile quantum loop through Brooklyn and Queens and a smaller second phase that will connect the campus of New York University, officials said.

The quantum loop will operate on the same underground fiber optic lines used for the traditional internet, but will use additional equipment developed by Qunnect that manages information encoded in individual photons.

Researchers hope ultimately to create a quantum internet that could link ultra-fast quantum computers, but the day when average users can tap such a system likely is many years — and maybe decades — in the future. 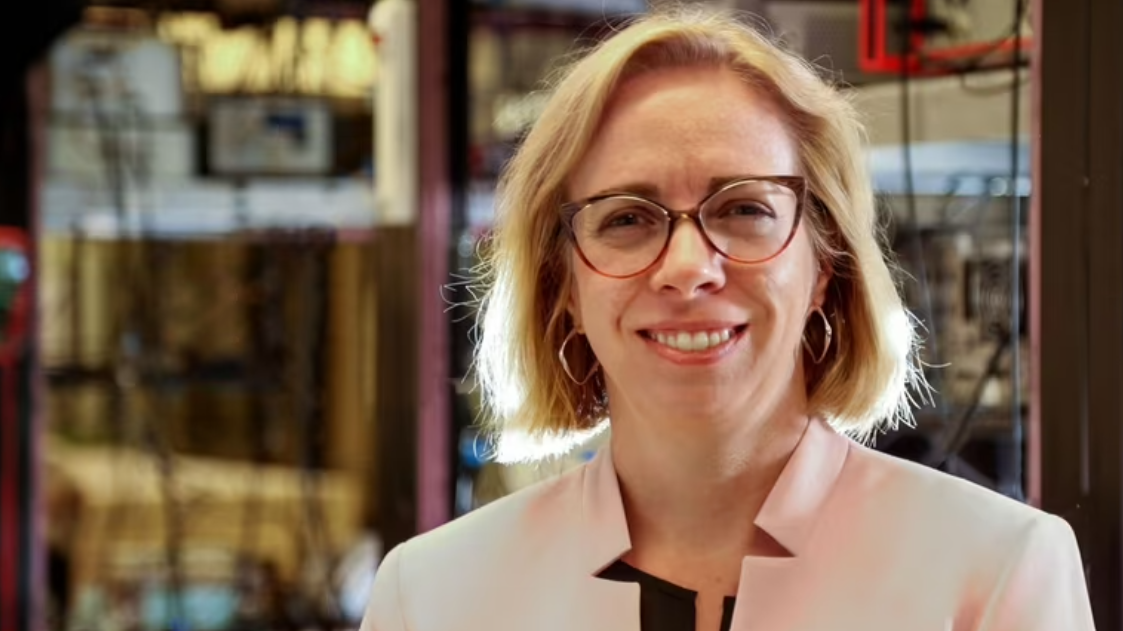 Qunnect chief executive Noel L. Goddard compares the early iterations of the quantum internet to the birth of the classical internet, whose early protocols in the 1960s and 1970s were plodding.

"They weren't winning any speed races," she said. "That's more or less where the quantum internet is today."

Nevertheless, Goddard said governments and defense, communications and financial services companies — potential early adopters — have a keen interest because one feature of the technology instantly alerts users when their connection has been hacked, providing a new level of security.

Major banks, including Goldman Sachs and Wells Fargo, already have hired quantum scientists, and Qunnect demonstrated its devices at laboratories of the U.S. Air Force in upstate Rome, which is conducting its own research, she said.

Qunnect's earlier funding rounds from Long Island Angels, Empire State Development's Accelerate NY Seed Fund and others totaled $1.8 million. Before moving to Brooklyn, the company was based at Stony Brook University's Center of Excellence in Wireless and Information Technology.

Qunnect's products include a specialized quantum memory that manages individual photons and a device that generates so-called "entangled" photons.

In creating the GothamQ loop, Qunnect is installing its devices on a challenging mix of underground optical fiber that is subject to urban vibrations and the swings of Northeast weather, which can affect quantum interactions, Goddard said.