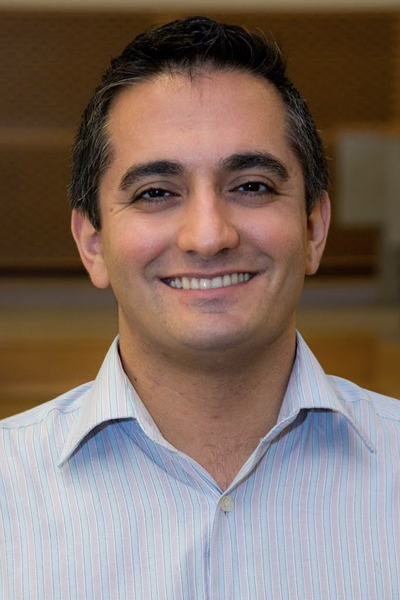 Hassan Arbab, an assistant professor in the Departmentof Biomedical Engineering at Stony Brook’s College of Engineering and Applied Sciences , has been selected as the recipient of the 2022 Young Scientist Award from the International Society of Infrared, Millimeter, and Terahertz Waves (IRMMW-THz).

"Biomedical imaging using Terahertz is a new emerging area of research and has great potential for early diagnosis of diseases like skin cancer," said Yi-Xian Qin, Chair of the Department of Biomedical Engineering. "Professor Arbab's work is recognized by the Infrared, Millimeter, and Terahertz Waves community, and has great potential to translate from bench-top to bed-side."

Professor Arbab was awarded the prize for his important breakthroughs in the general area of THz imaging and spectroscopic measurements in the presence of scattering.  His research at Stony Brook has focused on the invention and application of portable and handheld terahertz scanners for various imaging applications under funding support from the NIH, NSF, DOD, and industry. His research interests also include millimeter-wave polarimetry, nonlinear and ultrafast optics, and modeling the propagation and scattering of terahertz waves in biological tissue.

Professor Arbab has accumulated many other awards and accomplishments. After receiving his PhD in Electrical Engineering and Nanotechnology from the University of Washington (UW) , he was awarded the Applied Physics Laboratory (APL) Director's Distinguished Post-Doctoral Fellowship, designed as a path to independence for young investigators . In September 2016, he joined the faculty at Stony Brook, where he started the new Terahertz Biophotonics Laboratory. He is a co-inventor of four patents and patent applications.