Home CEAS News Feed 2021 May Congratulations to the CEAS Class of 2021!

Congratulations to the CEAS Class of 2021! 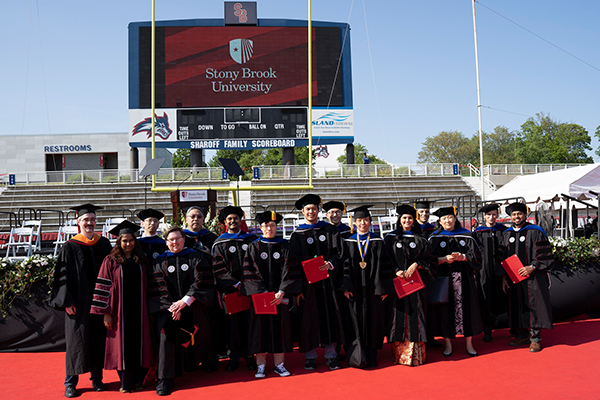 One of ten ceremonies held at Stony Brook University from May 19 through May 21 honoring more than 7,700 graduates, the commencement was presided over by President Maurie McInnis, Provost Paul Goldbart and Dean Fotis Sotiropoulos with a remote address by Senator Chuck Schumer of New York.

The ceremony included the prestigious hooding ceremony of PhD candidates by their faculty advisors, in addition to the conferral of Master of Science, Bachelor of Science and Bachelor of Engineering degrees. This May, CEAS conferred more than 1,160 degrees and all names were announced at the ceremony including those attending virtually via livestream, offered for all Stony Brook commencement ceremonies.

Dean Sotiropoulos, who is leaving Stony Brook at the end of this semester to serve as Provost and Senior Vice President of Academic 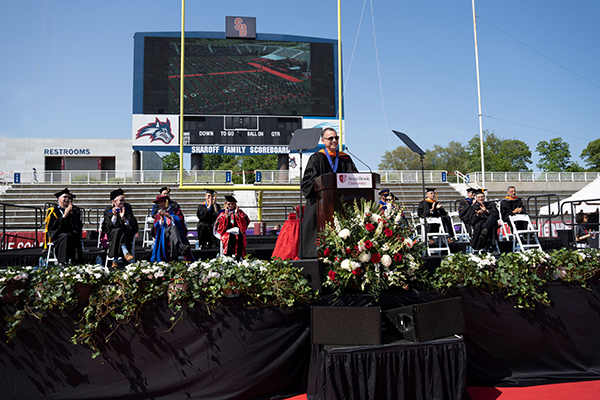 Affairs at Virginia Commonwealth University, was recognized by Provost Goldbart for his service to Stony Brook and CEAS over the last six years.

“Through this crisis, I’ve seen amazing courage, determination and resilience in all of you. And today you are even more eager, more ready, to begin the next stage of your journey, strengthened by this life-changing experience,” Dean Sotiropoulos said in his address to students. “So I call upon you today to seize this opportunity, to keep learning, to keep innovating, and to turn this time of crisis into your ‘annus mirabilis!’” (Referencing Sir Isaac Newton’s “Year of Wonders” described in the address.)

Total degrees conferred by CEAS this May include: