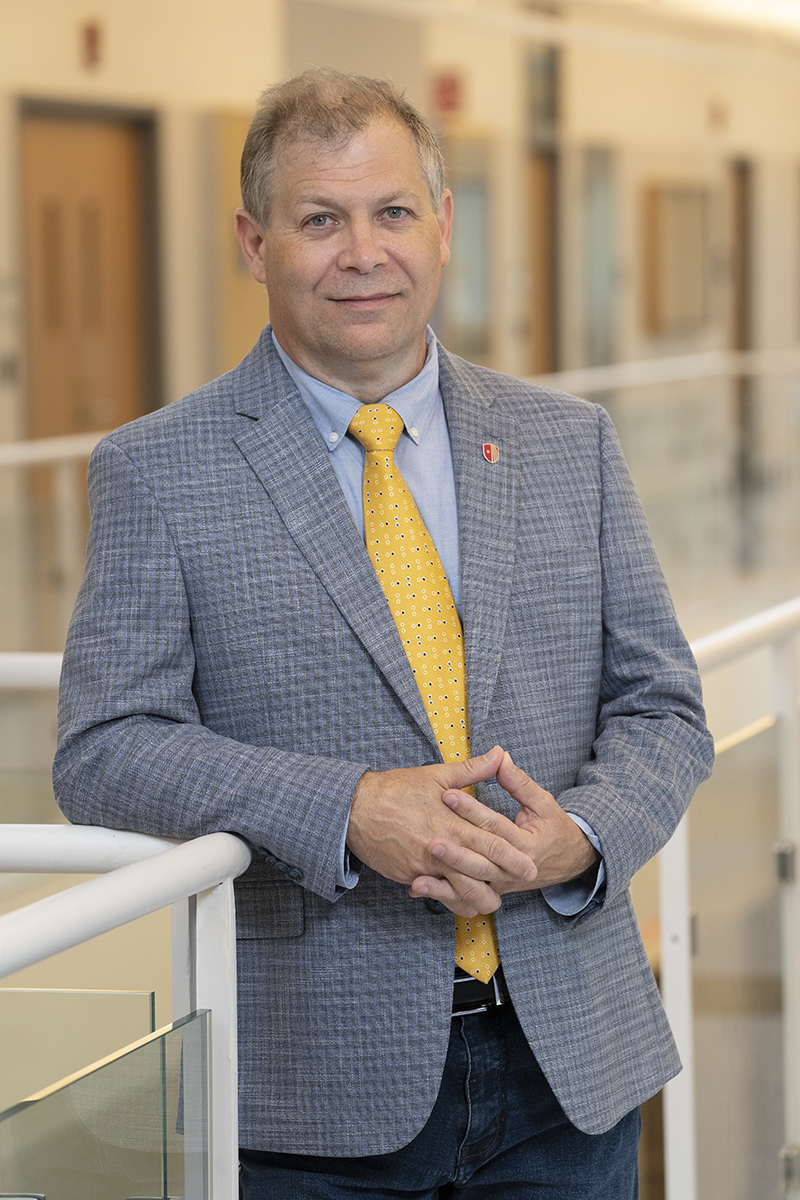 The College of Engineering and Applied Sciences (CEAS) is pleased to announce the appointment of Jon Longtin as Interim Dean, beginning June 29, 2021. He succeeds Fotis Sotiropoulos who has served as Dean from October 2015 to June 2021.

Professor Longtin first joined Stony Brook in 1996 as an Assistant Professor in the Department of Mechanical Engineering. Since then he has risen through the ranks to Professor in 2012. He served as the Undergraduate Program Director in Mechanical Engineering from 2006 to 2011. In November, 2019 he was named Associate Dean of Research and Entrepreneurship for CEAS, a new, strategic role designed to grow and support faculty research, expand entrepreneurship, oversee development of our facilities to support research and innovation, expand partnerships with Brookhaven National Lab (BNL) and industry, and more. In this capacity, Longtin was pivotal in navigating the college through the COVID-19 crisis last year. As an example, he spearheaded several initiatives during the initial response to the COVID-19 outbreak, including an innovative collaboration with the School of Health Technology and Management to lead a team that engineered a new ventilator from conceptual design to final product in ten days, under high pressure, crisis conditions.

During his 25 years at Stony Brook, he has served on numerous committees in his department, college, and at the university, and has mentored many undergraduates, graduate students and early-career faculty. Longtin has also been recognized for his excellence in teaching and, even as an Associate Dean, continued to teach and credits the students he has mentored as the real teachers when encouraging their research endeavors. As further testament to his long history of service to Stony Brook, Longtin recently stepped in as the Interim Associate Dean of Faculty Affairs for CEAS over the past nine months, while also serving at the request of President McInnis to co-chair the Research and Innovation Task Force as part of Stony Brook’s comprehensive Strategic Budget Initiative.

"Jon is a prolific inventor and leading researcher and educator. His work has significant societal impacts and exposes our students to new ideas and solutions through his instruction and mentorship,” said Paul M. Goldbart, Provost and Executive Vice President for Academic Affairs, Stony Brook University. “I look forward to collaborating with him to build on successes in CEAS and the entire Stony Brook community.”

“Having the pleasure to work with Jon closely for the last two years, I know first-hand how committed he is to CEAS and how deeply he cares about the success of our students and faculty,” said Fotis Sotiropoulos, Dean, College of Engineering and Applied Sciences. “I am confident that he will build on the momentum we have created over the last six years, with thoughtful insight, strategic thinking, careful planning and a discerning ability to bring new ideas to fruition.  I am thrilled that CEAS will be led into the future by such a capable and visionary leader.”

Longtin’s research interests have spanned a broad range of topics over the years, including energy efficiency, thermosyphons and heat pipes for heat transfer, sensors for harsh environments, and laser measurements and materials interactions as they relate to the thermophysical behavior of liquids and solids. He has secured nearly $9 million in federal, state, and industrial funding, including from NSF, DOE, ARPA-E, DOD, NASA, NYSERDA and a variety of industry sources. He holds eight U.S. patents, with others pending. H e has published more than 180 peer-reviewed journal and conference publications and several book chapters. Among his many honors and accolades, Longtin is one of only two CEAS faculty members to receive the Presidential Early Career Award for Scientists and Engineers (PECASE), and is a member of the National Academy of Inventors. He is also a Registered Professional Engineer in New York State.