Designing drugs to fight disease, from AIDS to cancer, is one of the greatest advances of medicine. Today, we are flooded with information and advertising for new drugs to prevent and control ailments and diseases. Virtually every one of these drugs was designed by scientists in a laboratory rather than discovered in nature.  Here at Stony Brook a team of computational biologists in the College of Engineering and Applied Science ’s Department of Applied Mathematics and Statistics are focused on drug discovery and innovation.  Their primary tools? Computer algorithms!

These new drugs consist of artificial molecules that act by blocking the harmful effect of some protein that was created by a microbe or a malfunctioning human cell.  These dangerous proteins have binding sites that attach to molecules on the surface of cells or in other ways cause harm. Professor Dima Kozakov has developed computational procedures that use experimental data about the structure of these proteins to predict binding sites and then look for places on the protein surface where small designer molecules are most likely to be able to attach and disable the protein’s activity.  This research involves computational structural biology, a field that seeks to understand and predict how molecules recognize the partner molecules to which they bind. 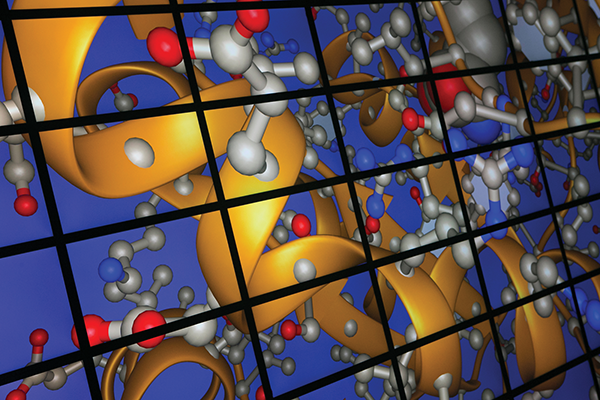 It has been recognized for many protein-protein and protein-ligand complexes that certain regions of the binding surface, called hot spots, contribute disproportionately to the binding free energy. Based on this observation, Professor Kozakov and his team of researchers have developed the protein mapping algorithm FTMAP for the identification of ‘hot spots.’ FTMAP places molecular probes on a protein surface to identify the most favorable binding positions. The mapping algorithm performs a global search of the entire protein surface for regions that bind a number of small organic probe molecules.

Mapping technology is a good predictor of druggability, or whether a biological target protein can bind a drug with high affinity.  It can also detect whether a protein is suitable for fragment-based drug design, predicting the size of fragments required for screening, and determining if a fragment hit can be extended into a higher affinity ligand. With more than 3000 users in academia and industry, FTMAP can incorporate and represent on grids a detailed energy expression, resulting in a very accurate identification of low energy probe clusters.

“Our highly ranked Department of Applied Mathematics and Statistics is on the forefront of advancing a full range of biological challenges facing society today, including genomic analysis and data mining, computational structural biology, structure based drug design, signaling and gene-regulatory networks and much more,” said Fotis Sotiropoulos, Dean, College of Engineering and Applied Sciences. “Dima’s transformational research in this emerging field demonstrates how we are bringing science fiction to life every day.”

“Dima is a true pioneer in developing new computational mathematics for modeling protein-protein interactions,” said Ken Dill, Director of the Laufer Center for Physical and Quantitative Biology at Stony Brook University and a member of the National Academy of Sciences.  “This is important for a future of more advanced drug discovery that will focus on whole biochemical pathways, rather than just single proteins.” 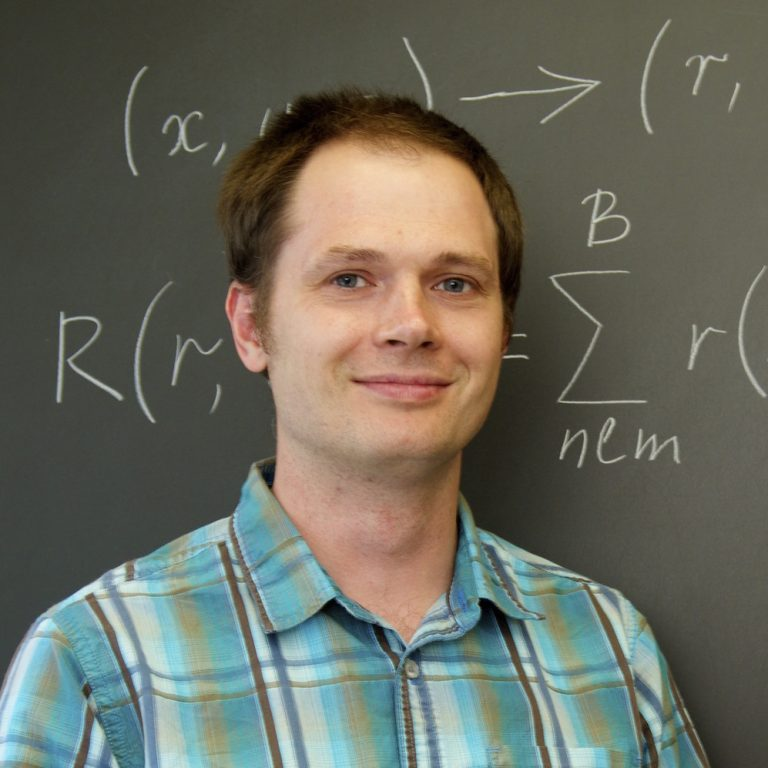 Professor Kozakov’s research focuses on the development of mathematically elegant, computationally efficient and physically accurate algorithms for modeling of biological macromolecules, with emphasis on molecular interactions and drug design. Kozakov’s protein-protein docking approach ClusPro has been consistently the best automatic approach in the worldwide blind protein docking experiment CAPRI. Currently ClusPro has more than 20,000 users, with more than 200,000 jobs run in the last few years. His docking tools are licensed by Schrodinger, the largest pharmaceutical software vendor in the world, and are used by multiple major pharma worldwide.  His research has been funded by the National Institute of Health (NIH), National Science Foundation (NSF), and Binational (US-Israel) Science Foundation (BSF).