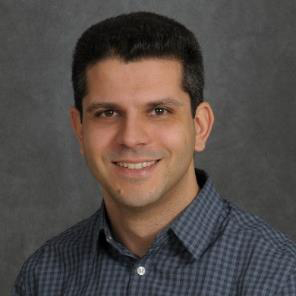 The Department of Computer Science, in the College of Engineering and Applied Sciences , is proud to announce that Michalis Polychronakis is the recipient of a 2018 DARPA Young Faculty Award. The award will support Polychronakis’ project, Compiler-assisted Software Specialization against Vulnerability Exploitation.

“I’m grateful and honored to have our research work recognized by DARPA with this award. As part of this project, our team will investigate techniques that will improve the nation’s posture against threats posed by the exploitation of software vulnerabilities,” said Polychronakis.

According to Polychronakis, the use of the same operating systems by millions of people, as well as code bloat (code that is present but not really needed) facilitate vulnerability exploitation, which is a major cause of cyber attacks. The project objective is to enable self-specializing software that reduces its attack surface and shields itself against exploitation by taking advantage of hardware-assisted projection mechanisms.

The project focuses on protecting both current and legacy software plagued by vulnerabilities and exploits. The proposed approach relies on a number of technologies including code specialization and sensitive data protection.

“Michalis’ transformational work in security vulnerabilities is advancing solutions that directly impact one of the most important technological challenges of our time: cybersecurity,” said Fotis Sotiropoulos, Dean, College of Engineering and Applied Sciences.  “I am grateful for his contributions, and privileged to have researchers of his caliber on our faculty here at Stony Brook.”

The DARPA YFA is the second major award Polychronakis has received this year. In early 2018 he received a $500,000 National Science Foundation CAREER award for his project, Principled and Practical Software Shielding against Advanced Exploits .

“The work under this DARPA YFA adds another level of innovation in the department’s steadfast pursuit of minimizing security issues,” according to Samir Das, chair of the Department of Computer Science. Das adds, “It allows the department to continue as a leader in the field, in terms of discovery and education, and supports our team of researchers that work to improve the software security.”

Michalis Polychronakis is a leading expert on offensive and defensive security research in the area of protecting against software vulnerability exploitation. As an assistant professor within the Department of Computer Science, his research focuses on areas of network and system security, along with network monitoring and measurement. Polychronakis, who is a member of Stony Brook’s National Security Institute , received a PhD from Greece’s University of Crete in 2009. From there, he became an associate research scientist at Columbia University. He was also the Program Chair of the 14th International Conference on Detection of Intrusions and Malware & Vulnerability Assessment. He has a track record of publications in top security conferences in the areas of malware analysis and detection, online privacy and anonymity, network traffic monitoring, and intrusion detection.