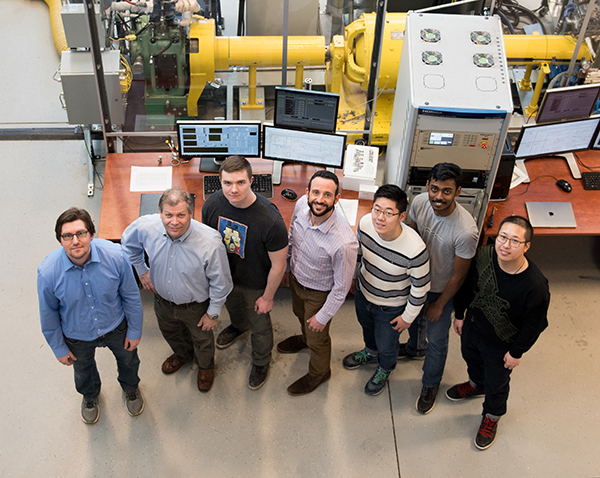 The College of Engineering and Applied Sciences’ Department of Mechanical Engineering has been awarded $2.3 million from the U.S. Department of Energy’s Advanced Research Projects Agency-Energy (ARPA-E) to develop a hybrid fuel cell-engine system for power generation applications.

“Our research will integrate two technologies that so far seemed to be direct competitors: fuel cells and internal combustion engines. This combination will enable the design of power generation and propulsion systems that can achieve more than 70 percent fuel to electricity efficiency,” said Sotirios Mamalis, assistant professor of mechanical engineering and the principal investigator (PI) for the project. “This effort will systematically investigate the interactions between the two technologies and the energy flows of a hybrid system.”

Professor Mamalis, together with Co-PI’s Jon Longtin and Benjamin Lawler, will develop the hybrid power system using a pressurized solid oxide fuel cell coupled to a novel, split-cylinder, internal combustion engine design. The combustion engine will use two cylinders as air compressors, which will feed the pressurized fuel cell. The other cylinders will be fed with the “tail gas” of the fuel cell, which will be ignited by high compression and burned in a lean, low temperature combustion process to produce additional power for the system. The project will be executed in collaboration with a fuel cell manufacturer.

“This groundbreaking work on hybrid system technology will provide higher efficiency and lower emissions than existing systems, resulting in direct benefits for the U.S. economic and energy security, as well as differentiated products for U.S. industry,” said Fotis Sotiropoulos, Dean, College of Engineering and Applied Sciences.  “I am incredibly proud of our faculty and grateful for this outstanding recognition of our work from ARPA-E.”

This award is part of a larger $8 million proposed effort. The proposed project was split to two phases, each lasting for two years. The awarded amount for Phase I was $2.3 million.

“This is the 6th ARPA-E award for our department over the past three years,” said Jeff Ge, Professor and Chair, Department of Mechanical Engineering. “We are privileged to have outstanding young faculty members such as Professors Mamalis and Lawler, who in four short years built their research lab from scratch and became a major force in energy research to power a greener world.”

Stony Brook’s project is one of only eight ARPA-E projects that will develop high-efficiency distributed generated systems, as part of ARPA-E’s INTEGRATE (Innovative Natural-gas Technologies for Efficiency Gain in Reliable and Affordable Thermochemical Electricity-generation) program.  I NTEGRATE projects will develop advanced natural gas fueled, distributed electric generation systems with conversion efficiencies of more than 70%—double the delivered efficiency of average utility-scale, fossil-fueled plants. The INTEGRATE program seeks to achieve this unprecedented efficiency level at an attractive cost by developing fuel cell and engine hybrid system concepts and enabling technologies. These systems could ultimately be used by both commercial and industrial end users—including hospitals, hotels, office buildings, factories, and others. 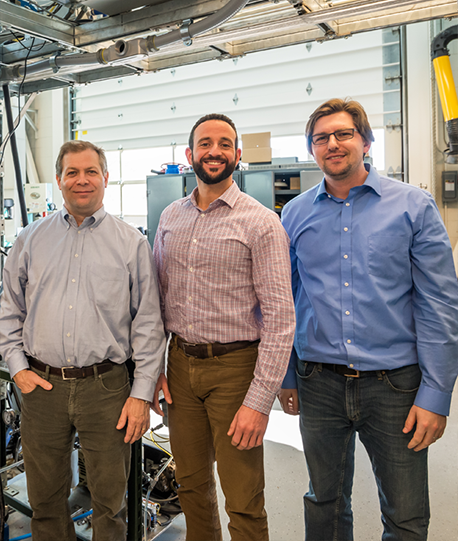 Sotirios Mamalis (PI) is an assistant professor in the Department of Mechanical Engineering.  His research is in power generation and propulsion systems with emphasis on internal combustion engines using conventional and alternative fuels. He joined the Stony Brook faculty in 2013 and holds a PhD in mechanical engineering from the University of Michigan. Visit his research lab’s page at:   Engine Combustion Research.

Benjamin Lawler (Co-PI) is an assistant professor in the Department of Mechanical Engineering.   His research is focused on improving the efficiency and emissions of internal combustion engines, including the use of alternative fuels or advanced combustion concepts. He joined the Stony Brook faculty in 2015, and received a PhD in mechanical engineering from the University of Michigan.Visit his research lab’s page at:   Engine Combustion Research.

Jon Longtin (Co-PI) is a professor in the Department of Mechanical Engineering. His research interests include two-phase heat transfer systems, building energy systems, waste heat recovery, and sensors for harsh environments.  He joined the Stony Brook faculty in 1996 and holds a PhD in Mechanical Engineering from the University of California, Berkeley. He is a registered Professional Engineer in the state of New York. Visit his research lab’s webpage:    Thermal-Laser Laboratory .