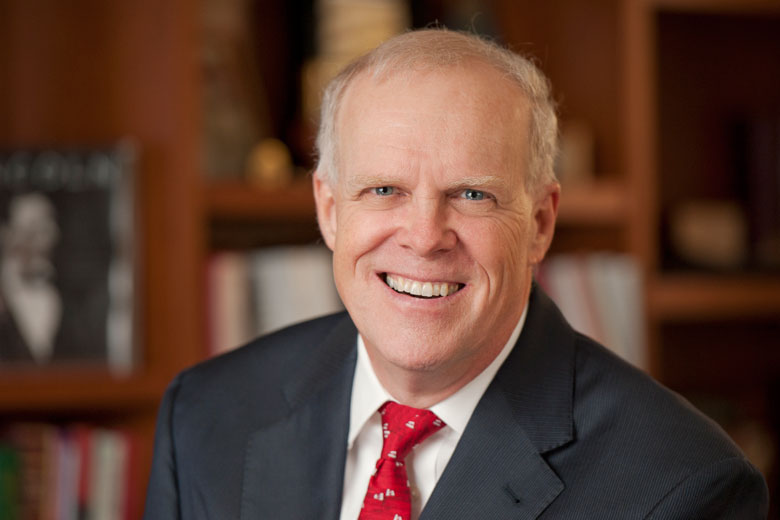 “John Hennessy’s pursuit of excellence in higher education, and his passion for the advancement of technology, will impact generations of innovators and educators,” said Fotis Sotiropoulos, Dean, College of Engineering and Applied Sciences.  “With this honor, we thank him for his immeasurable contributions that inspire our students and help build the narrative that they can inherit, be challenged by, and ultimately benchmark as a measure of their own success.  I am incredibly proud to recognize John as this year’s College of Engineering and Applied Sciences Distinguished Alumni Hall of Fame recipient.”

Hennessy has left a legacy in each facet of academia he graces, serving in major academic leadership roles at Stanford for more than two decades.  Hennessy served as chair of Stanford’s Department of Computer Science from 1994 to 1996 and, in 1996, was named dean of the School of Engineering.

In 1999 he succeeded Condoleezza Rice as provost, the university’s chief academic and financial officer. In October 2000, he was inaugurated as Stanford University’s 10th president. In 2005, he became the inaugural holder of the Bing Presidential Professorship.

Today, Hennessy is Co-Founder and Director of the Knight-Hennessy Scholars program, designed to build a multidisciplinary community of Stanford graduate students dedicated to finding creative solutions to the world's greatest challenges.  The program annually identifies a group of up to 100 high-achieving students from around the world with demonstrated leadership and civic commitment to receive full funding to pursue a graduate education at Stanford University.  It is the largest fully endowed scholars program in the world.

A Pioneer in Computer Architecture:

In 1981 Hennessy drew together researchers to focus on a computer architecture known as RISC (Reduced Instruction Set Computing), a technology that has revolutionized the computer industry by increasing performance while reducing costs.  In addition to his role in the basic research, Hennessy helped transfer this technology to industry.  In 1984 he co-founded MIPS Computer Systems, which designed microprocessors.  His later research was in parallel processing.

He has lectured extensively and is widely published, including co-authoring two internationally used undergraduate and graduate textbooks on computer architecture design:   Computer Organization and Design: the Hardware/Software Interface and Computer Architecture: A Quantitative Approach , [2] which introduced the DLX RISC architecture.

He has been a recipient of the IEEE John von Neumann Medal (2000), the ASEE Benjamin Garver Lamme Award (2000), the ACM Eckert-Mauchly Award (2001), the Seymour Cray Computer Engineering Award (2001), the NEC C&C Prize for Lifetime Achievement in computer science and engineering (2004), Founders Award from the American Academy of Arts and Sciences (2005), and the IEEE’s highest award: the IEEE Medal of Honor (2012).

Hennessy is a board member of Google, Cisco Systems, Atheros Communications, the Daniel Pearl Foundation and the Gordon and Betty Moore Foundation.

About the Distinguished Alumni Hall of Fame:

The College of Engineering and Applied Sciences Distinguished Alumni Hall of Fame recognizes and honors alumni who have demonstrated exceptional success in their field, and who serve as an inspiration to past and future innovators. Hall of Fame recipients are honored for sustained and significant leadership in engineering, technology, entrepreneurship or innovation throughout their professional lives. For consideration, Hall of Fame recipients must have:

John Hennessy will be officially inducted into the College of Engineering and Applied Sciences Distinguished Alumni Hall of Fame in a special ceremony on   April 5, 2018  at at Flowerfield in St. James, New York. For ticket and sponsorship information, visit:   stonybrook.edu/Eng_HallofFame2018  or call   631/632-4126 .