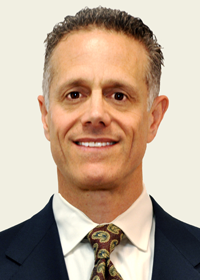 Bill Forman is the President and CEO of North Atlantic Industries, Inc. (NAI), a leading independent designer and manufacturer of unique Commercial Off-The-Shelf (COTS) and custom electronic subsystems for military, industrial, and aerospace markets. Bill acquired the business in 1992 and broadened its focus through a series of acquisitions and significant engineering investments.

Bill has been named "Long Island Ernst & Young Entrepreneur of the Year" and won the "40 Under 40" award sponsored by Long Island Business News. Bill's philanthropic pursuits focus on the lives of disadvantaged children. He serves as a board member of Publicolor, a not-for-profit organization that engages at-risk youths through the beautification and revitalization of public and civic spaces, and NAI supports FIRST, a high school robotics program meant to inspire young people's interest and participation in science and technology. Bill is a board member of the U.S. Eastern Region of the Young Presidents Organization (YPO) and serves on the Advisory Board of Enlightenment Capital.

Previously, Bill held positions as Director of Finance at Dell Computer and Division Controller at Advanced Micro Devices. He holds a BA and MBA from the University of Rochester, NY.