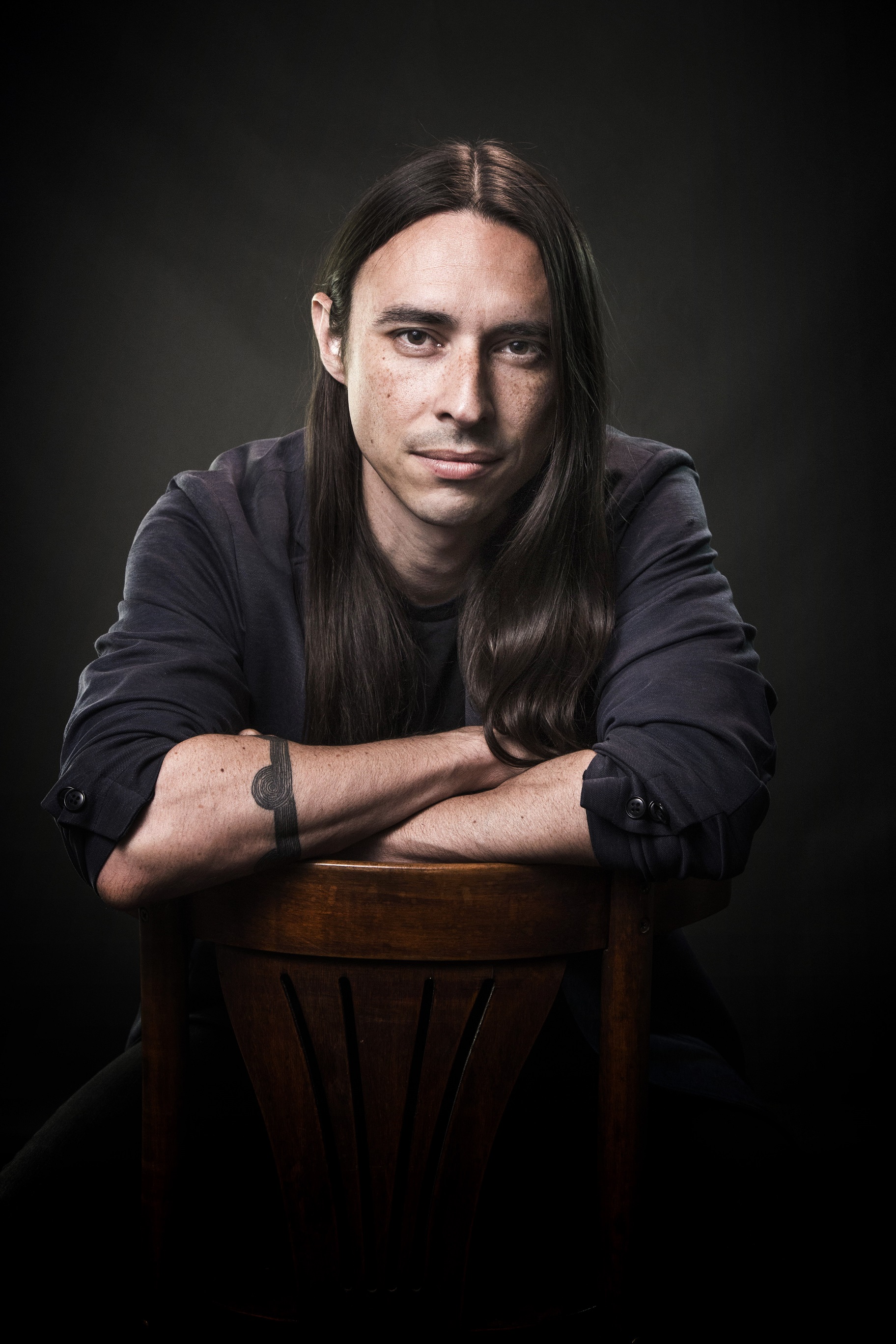 
For Joseph M. Pierce , Associate Professor in the Department of Hispanic Languages and Literature , the question of who gets a voice in the creation of knowledge matters . A citizen of the Cherokee Nation, Pierce is keenly aware of how knowledge generation and transmission can serve violently oppressive ideological ends. In his work and thought, Pierce interrogates the methods employed in gathering and distributing knowledge at all levels of the process. In particular, he turns a critical eye to the structure of the family, questioning how norms are both embodied and subverted at the site of intimate relations.

Pierce’s new book, Argentine Intimacies: Queer Kinship in an Age of Splendor, 1890−1910 , released in November 2019, draws on the fields of queer studies, Latin American studies, and literary and cultural studies as he engages with an archive of materials that once belonged to the Bunges, one of Argentina’s foremost intellectual and elite families at the turn of the 20th century. Pierce also recently appeared on Hyperallergic’s Art Movements podcast , where he discussed the relationship between decoloniality and queerness, as well the importance of evolving queer studies into a more open space of inquiry in which local knowledges and communities can flourish.

Pierce has a nuanced take on the state of contemporary academic theory. On the Art Movements podcast, Pierce suggested that academics learn to engage with communities in terms set by those communities . Such an approach would mean rethinking the traditional notion of the academic, the scholar, in order to arrive at a more intimate mode of knowing.

“The university was meant to develop and protect the racial, gendered, and class taxonomies that form the basis of western modernity,” Pierce explained. “But the university is, at the same time, a space for intellectual exploration in which many marginalized people and communities have found refuge.”

Pierce offered an example to demonstrate how universities in the past have served as safe spaces for marginalized groups and individuals: “Last October in Ecuador, amidst massive popular protests over neoliberal economic policies that were led by Indigenous communities, it was the public universities that opened their doors to provide shelter. This is a literal example, but it demonstrates how universities can also be responsive to community interests, rather than those of the economic and cultural elite.”

Community interests are a central concern for Pierce. His aim is to transform the institution of the university into “something else, something responsive to community, built through community, rather than in order to justify the exploitation of humans and other-than-human-kin.” Pierce’s vision for universities is motivated by his commitments to feminist, anti-racist, and anti-capitalist thought and to the effort of dismantling the structures of oppression against which such thought is set.

Pierce recognizes that his admittedly utopian project is one that can find fulfilment only in a distant and much-worked-for future. However, no meaningful and long lasting structural changes are ever achieved without the reorientation of practices in the present. Pierce shared how he incorporates his vision for the university into his pedagogical practice. “One thing I try to do in my own work, at least in my teaching, is imagine the classroom as a space of knowledge exchange, rather than myself as the source of knowledge,” he said. “This comes from my commitment to community as a teacher and as an Indigenous scholar. When we value the experiences and the knowledge that students bring to the classroom, that means decentering the place of ‘the scholar’ in favor of dynamic communities of mutual respect and engagement.”

For academics, the longstanding modes of engaging with the world outside the university have been teaching and scholarship. Pierce’s effort to craft a more inclusive and open space for engagement has brought him outside the classroom and beyond the university grounds. “Part of my commitment to community involves creating spaces of engagement with ideas and with people that can lead to transformative social change,” he said. “Today, this means finding ways to approximate solidarity, while at the same time proposing conceptual frameworks that can attend to historical difference.”

One potential site for the approximation of solidarity is the often turbulent world of online social media. But navigating social media is far from a straightforward task. “I sort of imagined that it was an automatically democratic space in which a brilliant idea or turn of phrase could be broadcast all over the world,” Pierce said  “I realize now that it doesn’t work like that. But sometimes thinking out loud and in public can create momentum for future projects that emerge precisely because of that immediate connection. But in that there is also vulnerability.”

While maintaining an active presence on Twitter, Pierce also takes advantage of the internet to share longer form content. “The academic in me wants to slow down, but I have to admit I get a rush out of intervening in the present and helping others understand things that matter to the communities that I belong to. The podcast that I recorded with Hyperallergic falls under that umbrella. I think there is an important aspect about the podcast as a medium, though, that demands a compelling narrative structure. The form influences the content. A podcast has to create images for the listener in a way that academic writing often fails to. This offers an opportunity to shape academic interventions to make them vibrant and concrete.”

Whereas on the internet you can find Pierce communicating with others over great distances, in his new book, Argentine Intimacies , you’ll find him working up close with the Bunge family archive. Pierce’s study is, in his words, “not a book about queer families, but about how family is queer.” Taking the queerness of the family as a point of entry, Pierce explores how the Bunge siblings positioned themselves to serve as models of a new sociality for the Argentine elite, a sociality centered on a modern reimagining of the family. Drawing from diaries, textbooks, works of fiction and family photographs, Pierce traces in the Bunge simbling archive the moments of tension in which queer feelings, gestures, and desires come into contact with the prevailing normative conception of the family, with popular ideas of what a family should look like. “In the book I try to narrate my experience in the archive, which is something often missing in academic writing. I try to position myself, ethically, so that I am not just talking about the archive in the abstract, but as an embodied practice. But this is also because the archive I work with in the book is an intimate, family archive. It is literally in a chest in Lucía Gálvez’s living room in Buenos Aires. Lucía is the granddaughter of one of the women I write about in the book. So, this is very different than going to a library or an institutional archive to do research.”

Pierce’s approach to archival work is informed by how Indigenious peoples understand historical artifacts. “I was recently at a protest for Indigenous People’s Day and we gathered at the American Museum of Natural History (AMNH) and then walked across Central Park to the Metropolitan Museum of Art,” he said. “Those two institutions house thousands of Indigenous remains and sacred materials. The AMNH anthropological collection began as a repository for Indigenous bones. Those bones are not objects. They are my relatives. They have agency and are bound to community in the same way that you or I are bound to community: through kinship, history, affect, reciprocity. That is what I mean by approaching an object on its own terms in research. In western epistemology an object is an object, but for many Indigenous communities, the things around us are not so much things as they are co-inhabitors of space and time. We are here together in this space. So, I try to think about my archival work in that way, too. It’s a form of being in good relations.”

Pierce offers an inspiring take on the worlds of academia and professional research. His vision for the future of our shared institutions manages to synthesize the realities of a difficult and demanding present with a refreshing and necessary dose of utopian hope. You can check out Pierce’s website to learn more about his work and his writing.