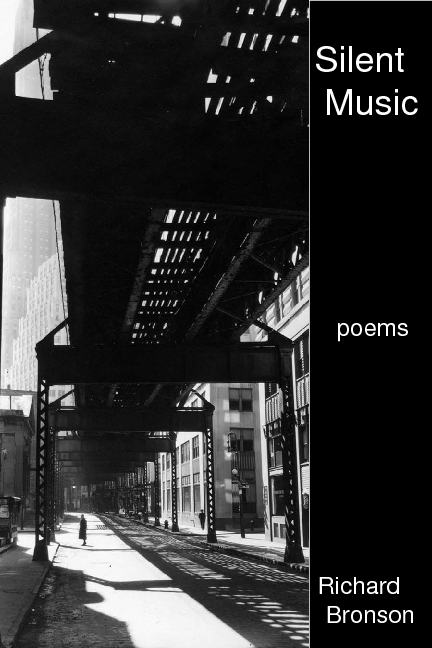 “In tones elegiac and celebratory, touching and serene, Richard Bronson offers us a world in   Silent Music  that is both terribly heartbreaking and yet beautiful to behold. Bronson’s poems limn the fine line in American poetry that runs between confession and abstraction, between the local and the universal. These are poems that are buttressed by memory and invigorated by rich, poetic detail. At the heart of   Silent Music  one discovers not only a sharp, contemplative intelligence but also tenderness and a nuanced sense of humor: a rich combination found in the finest of poets. All of this makes Bronson’s poems inspiring as they make their subjects live again, laugh again, learn again and love again.”
— Rowan Ricardo Phillips

"Richard Bronson’s poems are rich with urbane, literary and personal images, from the right wine to a woman whose quality you can “sense … in her elocution.” They are a rare combination of erudition and empathy. It isn’t often you find a poet as comfortable with a Shakespear reference as with his playing “Old Maid” in a childhood remembrance. Here is a fine writer who puts his craft and knowledge to the best use."
— Dr. David B. Axelrod, Suffolk County, Long Island Poet Laureate, 2007-2009