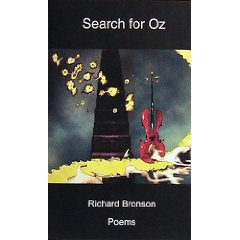 “There is a cool intelligence and compassion throughout which one can think of as exemplifying the idea doctor, but little which fits easily with lazier notions of “medical humanities”. Rather, the driving force is an awareness of cultural heritage. Music and literature are everywhere.”
— John Skeleton, Medical Journal of Australia

"In poem after poem, Bronson invites us to unmask with him, in this world we pass through, what is timeless and terrifying and impassioned and true. Above all there is an unquenchable curiosity for what the next moment will bring."
— George Wallace, Suffolk County Poet Laureate 2003-2005, Editor of   Poetrybay

Reviewed in   The Medical Journal of Australia