The Fountain of Youth: Cultural, Scientific, and Ethical Perspectives on a Biomedical Goal 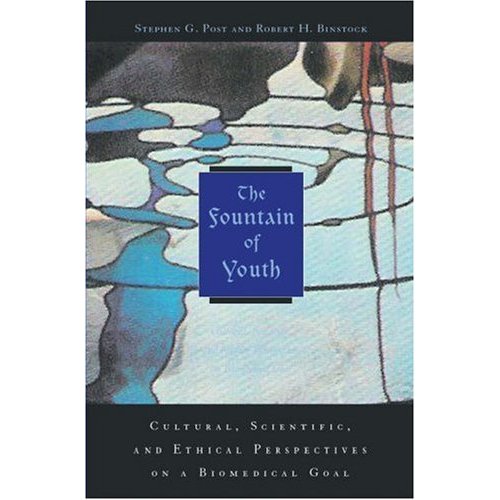 A wide variety of ambitions and measures to slow, stop, and reverse phenomena associated with aging have been part of human culture since early civilization. From alchemy to cell injections to dietary supplements, the list of techniques aimed at altering the processes of aging continues to expand. Charlatans, quacks, and entrepreneurs proffering anti-aging products and techniques have always exploited uninformed customers and instilled doubt about practices intended to extend life. Recently, however, the pursuit of longevity has developed into a respectable scientific activity. Many biologists are substantially funded by the government and the private sector to conduct research that they believe will lead to effective anti-aging interventions.

While many embrace this quest for prolongevity—extended youth and long life—others fear its consequences. If effective anti-aging interventions were achieved, they would likely bring about profound alterations in the experiences of individual and collective life. What if aging could be decelerated to the extent that both average life expectancy and maximum life span would increase by forty percent? What if all humans could live to be centenarians, free of the chronic disease and disabilities now commonly associated with old age? What if modern scientists could find the modern equivalent of the Fountain of Youth that Ponce de León sought?

This book addresses these questions by exploring the ramifications of possible anti-aging interventions on both individual and collective life. Through a series of essays, it examines the biomedical goal of prolongevity from cultural, scientific, religious, and ethical perspectives, offering a sweeping view into the future or agin.

“This is indeed a stimulating and provocative series of essays by thoughtful scholars on the many perspectives that we all should consider as we take our stands about the goal of extending aging. This volume should be read by people of all ages, including scientists, scholars, and policy makers. It makes clear in its variety of presentations just how broad we need to think in weighing our future efforts—not just the biological goals, but the ways we look at and take steps to address the possibilities and requirements for meaningful and satisfying lives, in terms of costs, ethics, and public policy.”