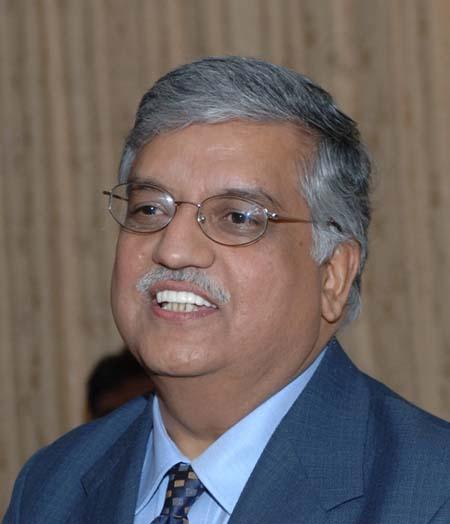 Professor S.N. Sridhar is SUNY Distinguished Service Professor, Professor of Linguistics and India Studies, and Director of the Mattoo Center for India Studies. He received the B.A. (Honors) and M.A. degrees in English and Linguistics from Bangalore University, India, and Ph.D. in Linguistics from the University of Illinois at Urbana-Champaign. He did his graduate work under Professors Braj B. Kachru, Yamuna Kachru, and Charles Osgood.  He has been a member of the faculty at Stony Brook University since 1980.

Professor Sridhar has conducted extensive research in many areas of linguistics. They include bilingualism (language contact and convergence, code-switching and code-mixing), sociolinguistics (language use, modernization, language spread), second language acquisition (contrastive analysis, implications of language acquisition in non-native settings for second language acquisition theory), World Englishes (structure and functions of Indian English and other non-native varieties of English), methods and materials for teaching English as a second language in India, descriptive linguistics (reference grammar of Kannada), theoretical linguistics (syntax of dative subjects, morphology of agglutination, level ordering, productivity), psycholinguistics (cross-linguistic experimental study of cognitive universals of sentence production, bilingual language processing), applied linguistics (scope and relation to linguistic theory), historical linguistics (acquisition of subjecthood, lexical and structural borrowing, convergence), and history of linguistics (contributions of the Indian grammatical tradition). Currently, he is leading an international consortium of senior scholars translating the 15 th century classic of Kannada literature, the Kumaravyasa Bharata, to be published in a bilingual edition of three volumes by Harvard University Press in the Classical Library of India series.  He is also working on Indian English as a paradigm of bilingual competence and on a stylistic analysis of the classic Kannada poet Kumara Vyasa.

Professor Sridhar’s research has been supported by grants from the National Science Foundation, the U.S. Department of Education, and Senior Faculty Research Fellowships of the American Institute of Indian Studies. He has been designated Senior/Superior Scholar in the Humanities by the National Endowment for the Humanities.

Among the many graduate and undergraduate courses Professor Sridhar has taught are Bilingualism, and Second Language Acquisition, Introduction to Indian Civilization, Language and Society in South Asia, Indian Literatures, and Great Books of India, as well as topics courses on Gandhi and Krishna.

With the help of his colleagues, administration, and the Indian American community he and his wife and colleague Professor Kamal K. (“Meena”) Sridhar established the Center for India Studies at Stony Brook in 1997, and served as its founding Director (1997-2002) and is serving again as Director since 2008. Starting from the ground up, the Center has grown into a respected international academic resource, a proud community asset, and a major intellectual force on campus.  It facilitates the teaching of some 30 courses annually on India and has exposed over 20,000 students to India studies.  It has brought the finest scholars and artists to campus under its Distinguished Lecture Series and Distinguishes Performance Series.  He also led the establishment of a permanent endowment for the Center, including the Nirmal and Augustina Mattoo Chair in Classical Indic Humanities.  He also directed Stony Brook's four summer Study Abroad programs in Bangalore, from 2004-2009.

Professor Sridhar spearheaded the faculty committee for a Department of Asian studies in the 1990s and served as the founding Chair of the Department of Asian and Asian American Studies from 2002-2008. He co-directed the Winter Institute in Kannada Linguistics at Kannada University, Hampi, in 1995.

Professor Sridhar is also active in the community. He founded the India Society of Stony Brook in 1989 and served as its first President until 1994. He has served as a member of the Board of Trustees of the Association of Indians in America, the American Institute of Indian Studies, and the Indo-American Arts Council.

Professor Sridhar is currently President of the International Association of World Englishes.