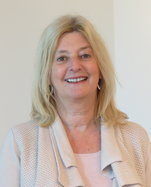 Barbara Chapman’s research insterests include parallel programming languages and compiler technology. She joined Stony Brook University in September 2015 as an IACS core faculty member and a professor in AMS. She is a native of New Zealand who studied Mathematics and Computer Science in her home country, Germany and Northern Ireland, where she completed her Ph.D. on software support for distributed memory programming.