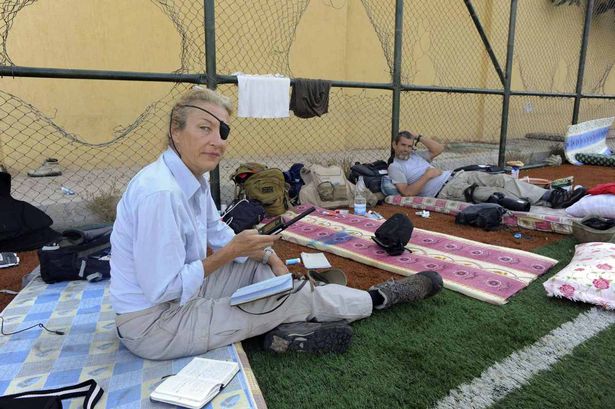 Marie Colvin was an acclaimed war correspondent from Long Island, who was killed by President Assad’s forces in Syria in February 2012 while working for The Sunday Times of London.

She exemplified courage under fire, commitment to truth-telling and concern for the suffering of civilians caught up in war. Her career spanned 30 years and took her to conflict zones around the world, including Libya, Iraq, Chechnya, Kosovo, East Timor and Sri Lanka, where she lost an eye in a grenade blast.

Her story was turned into a Hollywood movie, A Private War, starring Rosamund Pike, and her final days in Syria were commemorated in a documentary, Under the Wire, by the photographer Paul Conroy, who was injured alongside her.

Her friend and fellow international correspondent, Lindsey Hilsum, published In Extremis: The Life and Death of the War Correspondent Marie Colvin, after spending time at Stony Brook with the help of the Marie Colvin Center.