The American Chemical Society (ACS) has named Maria C. Nagan, PhD, Department of Chemistry to the 2019 class of ACS Fellows, which includes scientists who have demonstrated outstanding accomplishments in chemistry and have made important contributions to ACS, the world’s largest scientific society. 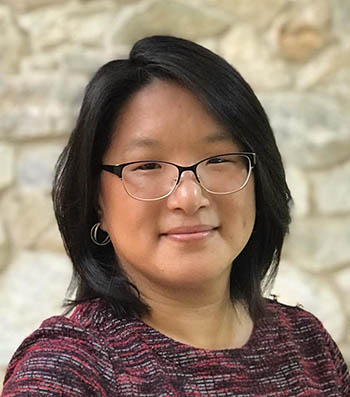 Nagan’s research employs computational methods to examine RNA structure and protein recognition of RNA. She has a passion for teaching undergraduate chemistry and working with underrepresented students in the sciences over her 20-year career. Nagan is recognized for excellence in mentorship of 78 undergraduate students in research including students of color, women and LGBTQ+, and leadership roles promoting inclusion in chemistry.

Nagan, a lecturer in the College of Arts and Sciences Department of Chemistry, will be recognized along with the other 2019 ACS Fellows at a ceremony and reception on August 26, Society’s National Meeting and Exposition in San Diego.

The ACS Fellows Program was created by the ACS Board of Directors in December 2008 to recognize members of ACS for outstanding achievements in and contributions to science, the profession and the Society.

The official list of names appears in the July 15 issue of Chemical & Engineering News.

The American Chemical Society, the world’s largest scientific society, is a not-for-profit organization chartered by the U.S. Congress. ACS is a global leader in providing access to chemistry-related information and research through its multiple databases, peer-reviewed journals and scientific conferences.