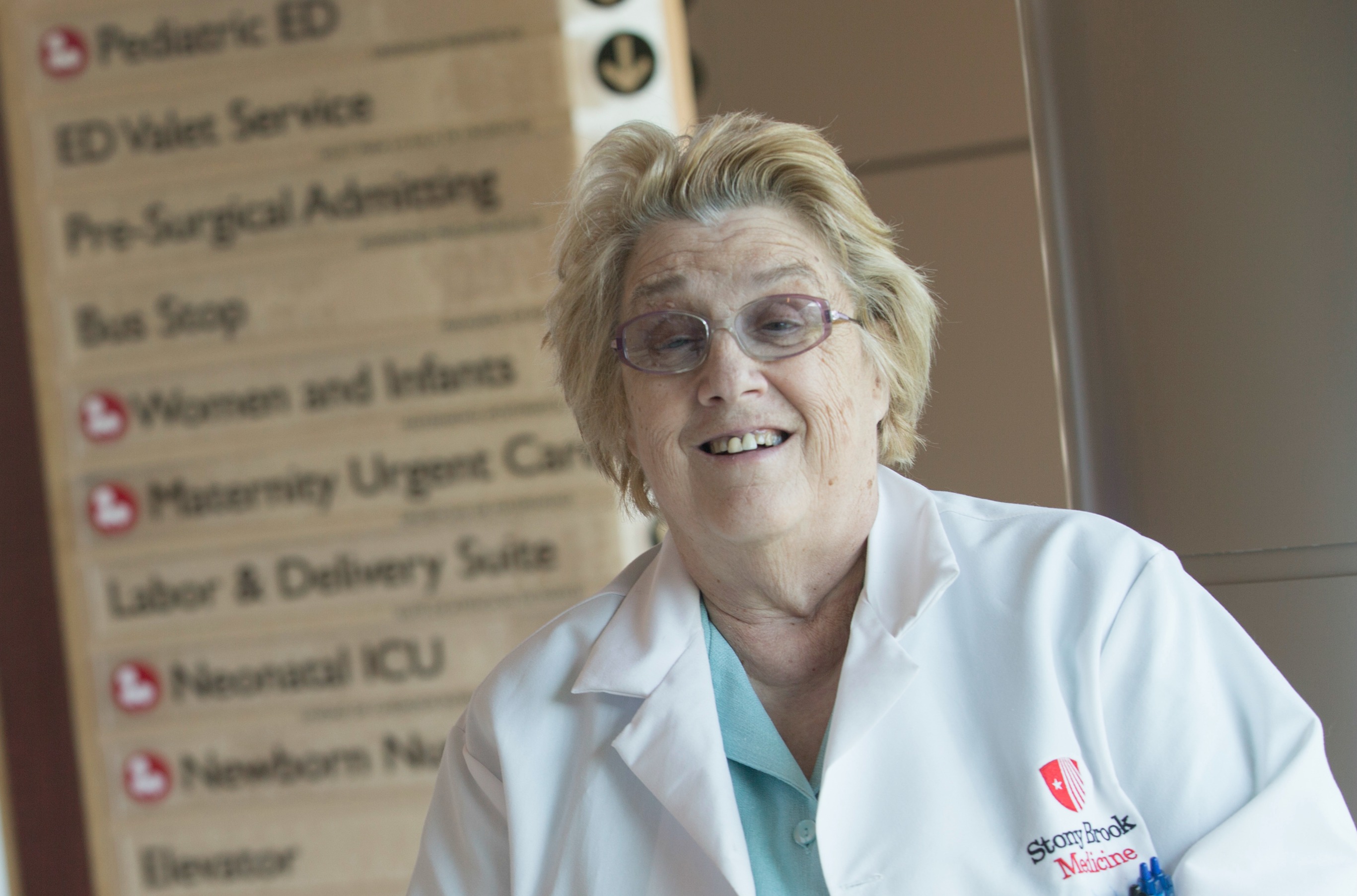 After more than half a century in the field of microbiology — 22 years of which have been spent at Stony Brook Medicine — JoAnn Becht has seen first-hand the many laboratory automation systems that have evolved her field into the lifesaving science it is today.

Thanks to technology, what once took a lab technician four hours to complete in a single inoculation tube can now be done many times over in a mere 20 minutes. Be it the Abbot Autoback ID System of 1982, VIVTEK systems in 1989, the MALDI/TOF cards of the 2000s or the BD FX instrument today, Becht can’t believe the evolution of her profession since 1960.

“The field is entering into a new frontier of greatness and challenges,” she said in regards to a shortage of trained personnel and a demand for faster turnarounds. “Testing volume has increased, which is driven by an aging population, infection control demands and the emergence of multiresistant organisms.”

Continued innovation within the field could someday spur the development of fully automated labs, Becht noted, but for now she continues to don her lab coat day in and day out to track down clues in the identification of bacterium that will diagnose and ultimately help critical care patients regain their health. “Microbiology, it’s like playing detective or putting together a difficult puzzle,” she said.

Now in the latter half of her career, Becht wants to help support the future of her profession while capitalizing on her financial goals. Whether it’s used for further study, student scholarships or state-of-the-art research instrumentation, she’s established her legacy by donating $100,000 to benefit the School of Medicine and its scientific research.

“This is a perfect example of what it means to invest in something that you believe in,” said Kenneth Kaushansky, MD, MACP, dean of the School of Medicine and senior vice president of Health Sciences at Stony Brook. “There are so many opportunities to make a difference, so many areas that are worth supporting. Through her gift, JoAnn is truly supporting a vision she believes in, and it’s something we should all strive for. She leads by example.”

Many options exist for those interested in giving, but Becht found that a bequest — leaving a gift in her will — offered her considerable benefits. JoAnn liked that this route offered her the ability to change her gift at any time, and gives her complete access to her assets at all times. Bequests to charity are also popular among donors because they provide a variety of tax advantages.

“I’m thrilled that I can give back to the University that has allowed me to live out my passion,” Becht said, satisfied that her gift will benefit Stony Brook for many years to come. “I like to help and make a difference. That’s what healthcare is all about,” she said.

Becht’s gift will count toward The Campaign for Stony Brook. To date, 37,500 donors have contributed $460 million toward the $600 million goal. What interests you at Stony Brook University? Invest in your passion today.