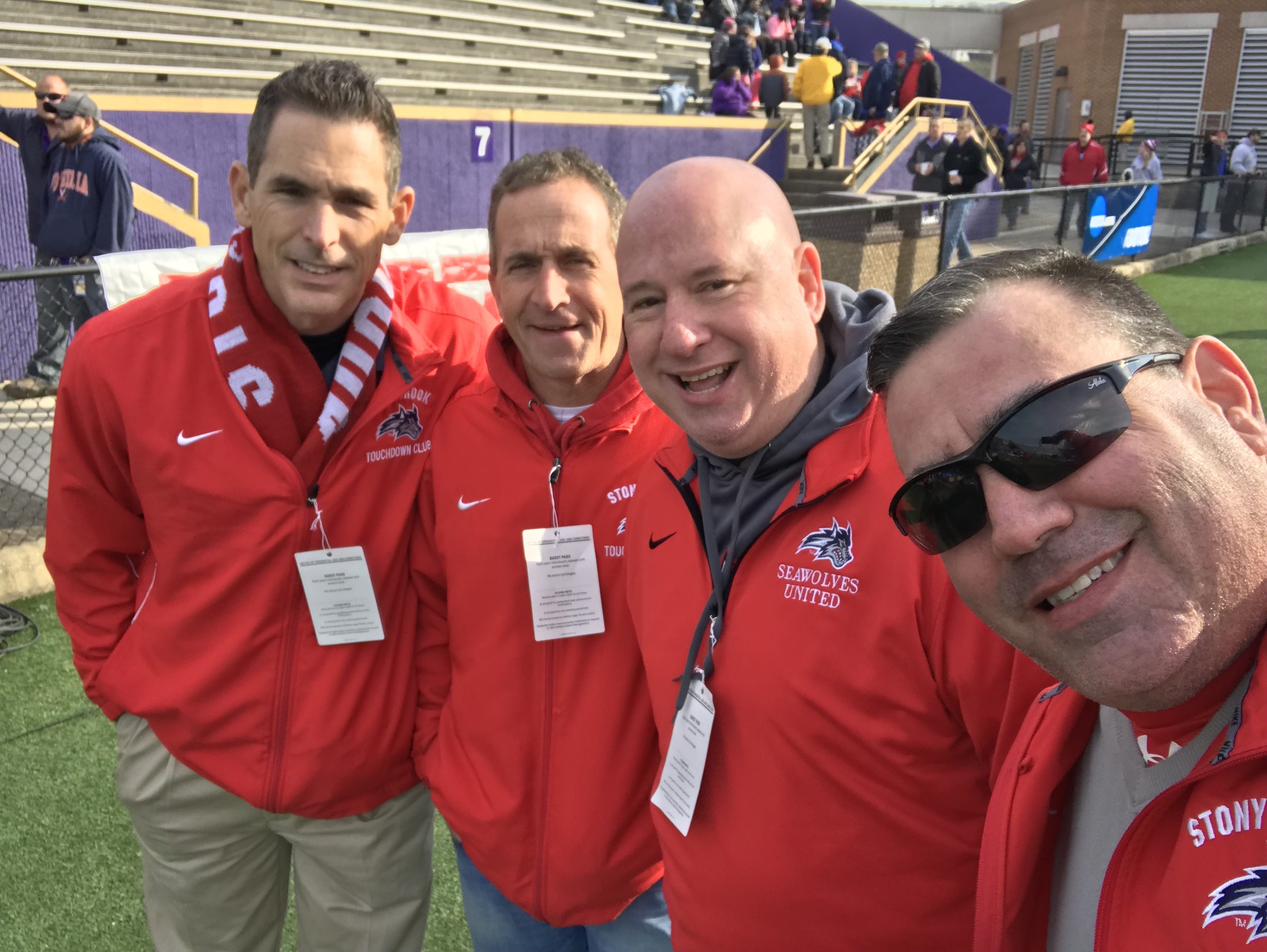 Seawolves Make a Believer Out of Donor John Garfinkel

John Garfinkel’s days as a competitive athlete ended in high school, but his competitive fire never went out. And while his career offered a fulfilling outlet, with a thriving insurance business in Brooklyn, one thing always nagged at him.

“I always hated the fact that New York is the fourth most populated state in the country,” Garfinkel said, “and there’s not one big-time sports program in a public school.”

So, when his State Farm colleague Brian Levitt, a former Stony Brook football player, invited Garfinkel to join him at the Deputy Chief Raymond Downey Golf Outing to benefit Stony Brook Athletics in 2010, it didn’t take much for Garfinkel to become enamored with the Seawolves program — especially once he had the opportunity to talk with longtime former Seawolves Head Coach Sam Kornhauser.

“He’s just a great guy,” Garfinkel said, “and as a former athlete and a businessman, coaches are always fun to talk to. They bring you to a good place in talking about teamwork, talking about winning, and talking about success. How you run a business is very similar to how you run a team, so it’s a natural connection, especially with an older coach, because there’s a fatherly relationship.”

That relationship — and a spot on a football road trip that Garfinkel bought at the Golf Outing auction — marked the start of a long and powerful association between Garfinkel and Stony Brook Athletics, including a recent six-figure gift to be shared among the football, men’s and women’s basketball, and women’s lacrosse programs in addition to Seawolves United, a fundraising initiative dedicated to positively transforming the life of each student-athlete.

For Stony Brook’s coaches, Garfinkel’s gift has an impact that goes beyond dollars and cents.

“I think it’s huge to have someone like him getting on campus and seeing the vision and what we have going on here,” Men’s Basketball Head Coach Jeff Boals said. “When he came around, he saw the excitement and enthusiasm, he felt it, and wanted to be a part of it, even though he really didn’t have a tie here.”

And in turn, according to Women’s Lacrosse Head Coach Joe Spallina, that enthusiasm adds motivation for student-athletes.

“I think it gives our girls greater purpose,” Spallina said, “knowing that we’re playing not just for ourselves, but for great people who support our program. We’ve made great strides in the eight years that I’ve been here, and this is something that will continue to grow, having support like that around us.”

Garfinkel got a sense of just how much his support meant when he traveled to Boston this past spring to watch Spallina’s team take on Boston College in an NCAA quarterfinal, despite a heartbreaking loss that put an end to the Seawolves’ previously undefeated season.

“It was a great experience being there,” Garfinkel said. “I was on the sidelines with Joe, watching the whole thing. There was real sadness afterwards with Kylie [Ohmiller] and Courtney [Murphy], going out like that in their last game, and Joe was shot from the whole experience, but after all that, he walked up and said, ‘Thanks for coming. I appreciate it.’ That’s the kind of people they are. Everybody’s really real. It’s just a great community.”

And the Seawolves community is grateful to have John Garfinkel as a member.

“He’s a genuine, caring person,” Boals said. “That comes off when you meet him and then, when you spend time with him, you understand what he’s trying to do. Really, he just wants to help.”

“Supporters like John Garfinkel exemplify what we’re talking about when we say, ‘Together We Transform,’” said Stony Brook Athletic Director Shawn Heilbron. “John’s latest contribution in eight years of loyal giving will have a tremendous impact for our student athletes and our creation of a powerhouse athletic program here at Stony Brook.”