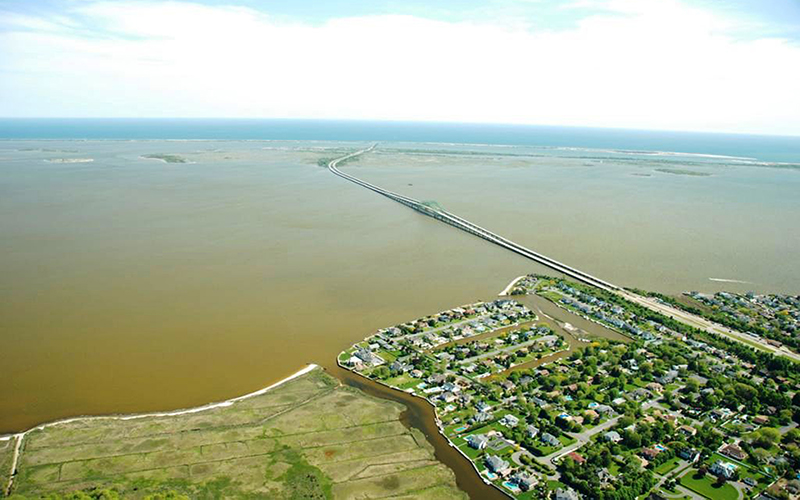 The Environmental Protection Agency estimates that on a daily basis, about 80,000 chemical compounds are in commercial use nationwide. However, only a few of those chemicals are ever tested for their toxicity to humans.

An increasing number of these contaminants are being found in Long Island’s aquifers — the sole source of drinking water for 2.8 million residents — and building levels of nitrogen discharged into local waters are degrading island coastal resources.

Despite the critical role water quality plays in sustaining public health, mass interest in these issues has historically been low, with only limited or fleeting levels of public engagement. Throughout the past year, The Gobler Laboratory at the School of Marine and Atmospheric Sciences (SoMas) has taken steps to heighten awareness via the establishment of the Long Island Marine Monitoring Network (LIMMN), a collection of more than 30 sites that stretch 90 miles from Hempstead to Montauk.

In an effort to underscore and promote further public inquiry and action, The William E. and Maude S. Pritchard Charitable Trust — which disperses about $800,000 per year in support of Long Island community development, health care, education, social services and the environment — has generously given $100,000 to the LIMMN in support of its second phase.

Dexter A. Bailey Jr., senior vice president for University Advancement, applauded the Pritchard Charitable Trust for taking an active role in an issue that affects the health of all Long Island residents so directly.

“When a community’s vital resources are at stake, it’s crucial that everyone — including researchers, private citizens, elected officials and donors — step forward as one to solve the problem. The partnership formed between Stony Brook SoMAS and the Pritchard Trust is an important and leading step in our community effort,” Bailey said. 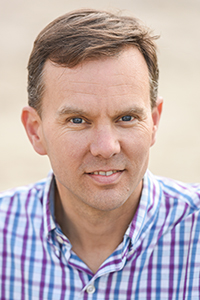 SoMAS Professor Christopher Gobler emphasized that meaningful change must happen from the bottom up. “It’s crucial that water quality impairments are documented and communicated to the public so they can remain engaged,” Dr. Gobler said.

As a result of such heightened awareness, the public’s growing concern has begun to manifest into news items that have recently appeared at the local and state level. For example, The New York Times recently reported that there are 360,000 septic tanks in Suffolk County that leak nitrogen into groundwater, rivers and bays. Decades of this runoff has resulted in dead rivers, depleted salt marshes that serve as fish habitats and promoted harmful algal blooms. It’s also all but killed the shellfish industry on the island.

Dr. Gobler noted that the result of these reports and the ongoing work at the LIMMN has encouraged many to replace their aging septic systems, but more needs to be done.

In addition to replacing equipment and expanding the number and type of water quality parameters measured, the Pritchard investment will help Gobler expand the number of sites sampled, highlight regions where efforts have successfully improved water quality as well as regions where violations remain egregious, implement the next generation of The Long Island Water Quality Index and enhance public engagement and outreach.

A special emphasis will also be placed on water quality impairments due to harmful algal blooms, pathogenic bacteria, water clarity, low oxygen conditions and acidification. More on harmful algal blooms, their effects to the region and their connection to global warming can be found here and here.

The Pritchard Charitable Trust’s donation counts toward The Campaign for Stony Brook. Give toward the $600 million goal today and help some of the world’s brightest minds affect change on Long Island and around the world.

More than 42,500 people have given over $536.5 million in support of Stony Brook research, faculty and patients; read their stories here.

Caption: The Great South Bay is one of the water bodies monitored by the Long Island Marine Monitoring Network.