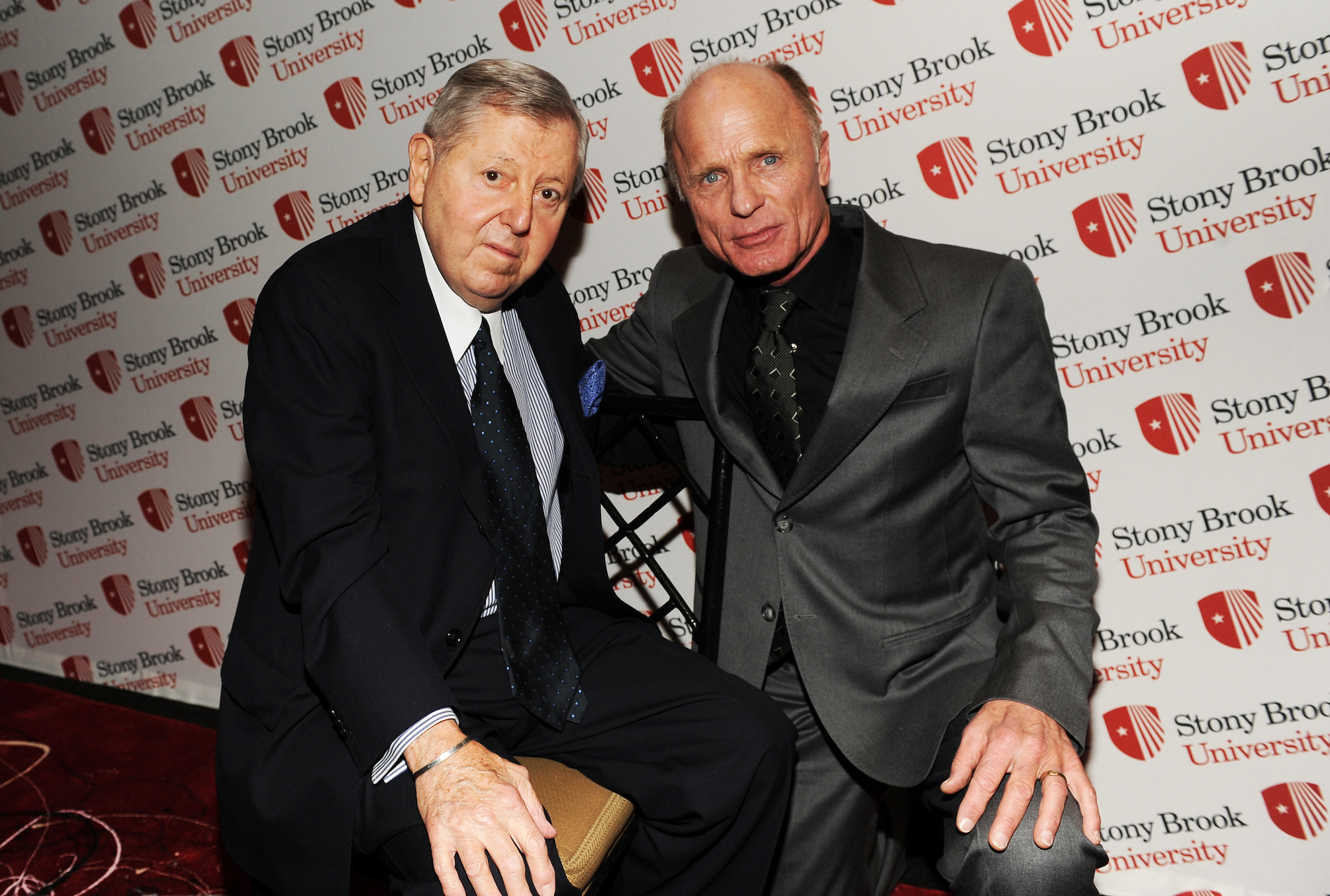 Since 1987, Stony Brook University has had the honor of helping to preserve the legacy of major 20th-century artists Jackson Pollock and Lee Krasner in its role as steward of the Pollock-Krasner House and Study Center, located in the Springs section of East Hampton.

Now, a key figure in helping Stony Brook’s Pollock-Krasner House and Study Center reach its potential will be honored with a legacy of his own.

With a gift from the Pollock-Krasner Foundation, Stony Brook University is proud to establish the Charles C. Bergman Endowed Visiting Professorship in Studio Art. This new professorship, established in memory of the Pollock-Krasner Foundation’s longtime and legendary Chairman and CEO, will bring accomplished artists to Stony Brook to share their vision and inspiration with the next generation of young artists.

“Stony Brook is proud to have such an important role in preserving the legacy of Jackson Pollock and Lee Krasner,” said Stony Brook University President Samuel L. Stanley Jr. “Charlie Bergman helped us to fulfill that role through his generosity and guidance. He was a true friend to the University, and to me personally. We are sincerely grateful for the opportunity to work with the Pollock-Krasner Foundation to establish this professorship in his memory.”

“We are absolutely delighted to collaborate with Stony Brook in establishing this professorship in Charles Bergman’s name, because it really celebrates his lifelong commitment to the arts, and particularly to individual artists,” said Kerrie Buitrago, the current executive vice president of the Pollock-Krasner Foundation. “He was executive vice president, and subsequently Chairman of the Foundation until his recent passing. This professorship promotes the legacies of both Jackson Pollock and Lee Krasner while fulfilling our mission of supporting visual artists.”

The Pollock-Krasner Foundation’s assistance under Charlie Bergman’s leadership was critical to Stony Brook’s ability to operate the house as a “public museum and library,” in accordance with the terms of Lee Krasner’s will.

Initially, the Pollock-Krasner Foundation’s annual grant helped sustain the House and Study Center until an endowment could be established. Subsequently, Bergman led the way with his creativity and generosity, helping to fund this endowment by establishing a $1 million matching challenge grant from the Foundation. That challenge was met at the 2012 Stars of Stony Brook Gala, which celebrated the centenary of Jackson Pollock’s birth and honored the Pollock-Krasner Foundation for its philanthropy.  Ed Harris — who directed and starred in the Academy Award-winning biopic Pollock in 2000 — was the special guest that evening, thanks again to Bergman’s commitment and gentle guiding hand behind the scenes.

Now, Bergman’s role in helping promote the legacy of Pollock and Krasner at Stony Brook is being honored in its own right, and as part of their activities at the University, the visiting professors will organize events with their students at the House and Study Center that he helped preserve.

“It just seems so fitting that preference will be given to artists from our pool of over 4,400 grantees and that the professor will organize an event at the House and Study Center,” Buitrago said. “It creates a synergy between the University and our organization, and it just honors Charlie in such a wonderful, beautiful way.”

The Charles Bergman Endowed Visiting Professorship in Studio Art is part of the Campaign for Stony Brook, a $600 million fundraising effort and the largest in SUNY history. To date, more than 46,700 people have donated over $584 million. Make a gift today in support of your interests and help Stony Brook effect powerful change on Long Island and around the world. What are you passionate about? Give today.