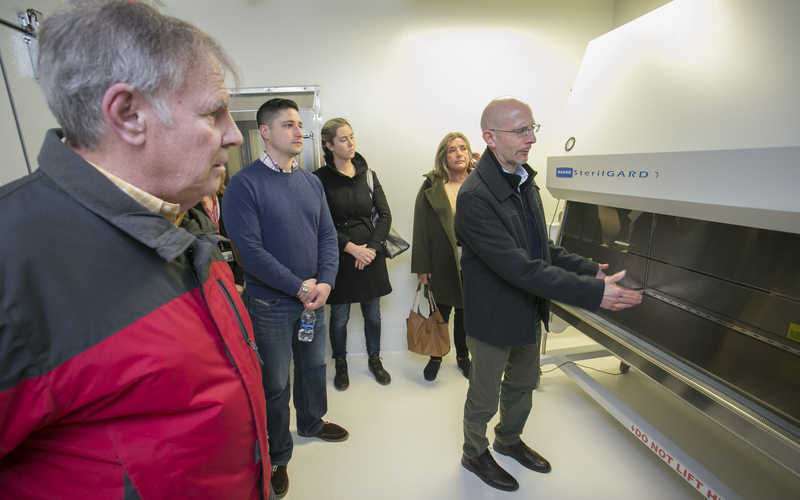 As a lifelong Long Islander with a love of the outdoors, David Knapp has seen more than enough to know that the face of tick-borne illness has changed since he was a child.

“Growing up on Long Island,” said Knapp, the President of the Island Outreach Foundation, “we used to get bit by ticks all the time. You’d call your mom over, get a pair of tweezers, burn the tick and be done. In more recent times, you get bit by a tick, and it’s a much more serious concern. You’re instantly worried about Lyme disease, rickettsia, or something else, and it’s not a pleasant experience. It’s something where everybody has been affected by it, or knows somebody who has been affected by some level of tick-borne illness.”

As a Distinguished Toll Professor of Molecular Genetics and Microbiology and Pathology with more than four decades of experience on the Stony Brook University faculty, Dr. Jorge Benach has witnessed and studied this change firsthand.

“When I came here in 1976,” Dr. Benach said, “there were no Lone Star Ticks, zero. Today, it’s the most abundant tick on Long Island. How did this happen? What was the context? I think the knee-jerk response is to say climate change, but I think that’s an oversimplification.”

The changing face of tick-borne illness, on Long Island and elsewhere, has created a new urgency in research, which is where Knapp and the Island Outreach Foundation have stepped in. With a gift of $1 million, the Island Outreach Foundation has established the Tick Borne Diseases Fund, in an effort to elevate the University’s capacity to meet the challenges presented by tick-borne disease.

“The health threats posed by tick-borne illnesses on Long Island illustrate how the challenges faced by the medical community are constantly shifting,” said Stony Brook University President Samuel L. Stanley Jr., MD, speaking from decades of experience fighting infectious disease as a physician and researcher. “The generosity of the Island Outreach Foundation will be instrumental in helping Stony Brook doctors adjust and respond to the needs of our community.”

Whatever the cause for the emergence of the Lone Star Tick on Long Island, it has presented a new set of challenges for researchers like Dr. Benach, who first isolated the etiologic agent of Lyme disease, documented the first cases of babesiosis in Long Island and its links to patients with Lyme disease, and with his team, has published more than 180 papers on tick-borne illness during his Stony Brook tenure.

“It’s a human-biter,” Dr. Benach said of the Lone Star Tick, “and it transmits a new emergent organism, which is called Ehrlicia, and the cases of Ehrlicia have increased over the years.”

“What we’re hoping for is that our participation will lead others to say, ‘You know what? We do need to think about getting more resources in this area,’” said Knapp, who runs the Island Outreach Foundation with his wife, Michele, as president and vice president, respectively. “We’re hoping that that’s what is part of the effects of our effort, is that it sparks others to get involved.”

“This gift is another example of the incredible generosity of the Knapps and the Island Outreach Foundation,” said Dr. Ken Kaushansky, dean of the School of Medicine and senior vice president of Health Sciences. “It also shows a remarkable intellectual curiosity, the initiative to look at a problem you’ve experienced, ask, ‘What can be done about it?’ and contribute to the effort to find a solution.”

Part of the Tick Borne Diseases Fund will be used to hire an additional researcher to focus on tick borne illnesses, and also create an insectarium in the University’s new Laboratory for Comparative Medicine, which is expected to open in the spring of 2018. 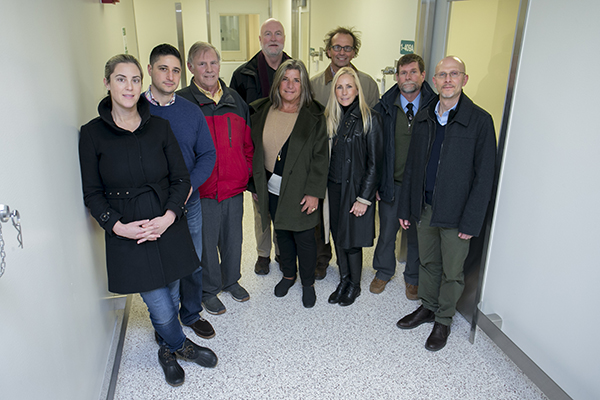 “I think this gift is key in that it’s allowing us to bring in new blood and new ideas,” said Dr. David Thanassi, interim chair of the Department of Molecular Genetics and Microbiology, “and continue the longstanding history of Stony Brook and Lyme disease and tick-borne illness research. We can really continue to build on that, and it’s going to enable us to bring in both a new faculty member and a facility.”

In particular, the insectarium will allow Dr. Benach and his colleagues — including the new researcher — to study disease-carrying ticks in a way that currently isn’t possible at Stony Brook.

“I have been able to work with ticks all along,” Dr. Benach said, “but I can only work with dead ticks. I cannot have an infected tick in my lab; that would be dangerous to me and everyone around me. That’s what this is going to enable.”

The new insectarium will have other applications as well, ensuring that as the health challenges facing Long Island communities shift, Stony Brook will have the flexibility to adjust research priorities and address a wide variety of problems.

Based on his past experience as a longtime donor to Stony Brook, Knapp has very high hopes for the work that the Island Outreach Foundation is funding.

“Michele and I think that Stony Brook is a marvelous place,” Knapp said, which has some unbelievably talented people working at all different levels, and the collaboration between different departments is an exciting concept which will get everybody working together to, hopefully, speed up the process of addressing the problems with tick-borne illness.”

The Tick Borne Diseases Fund is part of the Campaign for Stony Brook, a $600 million fundraising effort and the largest in SUNY history. To date, more than 46,500 people have donated over $582 million. Make a gift today in support of your interests and help Stony Brook affect powerful change on Long Island and around the world. What are you passionate about? Give today.

Featured Image Photo Caption: Dr. David Thanassi describes the use of a Glove Box during a tour of the Lab for Comparative Medicine with the Island Outreach Foundation.