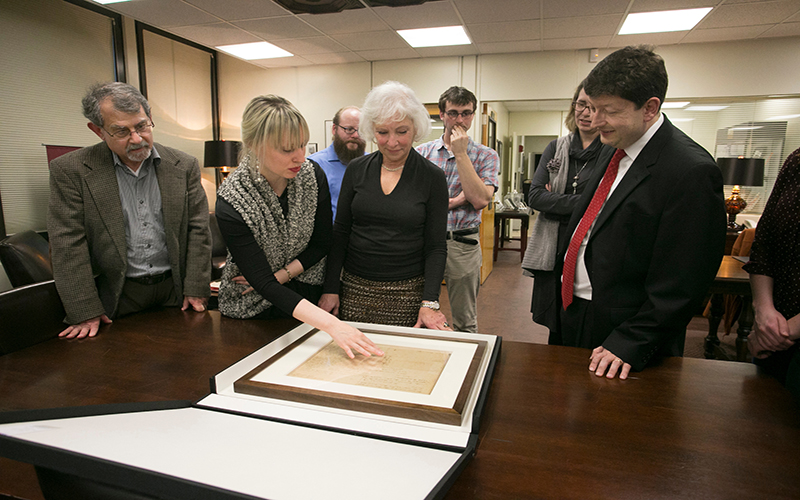 Since its establishment in 1987, the Robert D. L. Gardiner Foundation, located in Hampton Bays, New York, has upheld its primary mission to invest in studies of New York State history. With an emphasis on Suffolk County, the Foundation has amassed an extraordinary record of support for Long Island’s historical, educational and cultural institutions.

“The Stony Brook University Department of History offers rigorous and lively interactions between their faculty and their students. The Robert David Lion Gardiner Foundation is once again delighted to support their history department programs,” said Kathryn M. Curran, Executive Director of the Foundation.

In 2016, the Foundation also established the Robert David Lion Gardiner Chair in American History. Historian Paul Kelton was recently named by Stony Brook’s College of Arts and Sciences as the inaugural holder of the Chair, which aims to promote the study, preservation and celebration of Long Island history.

“We are very proud of the Department of History and this partnership with the Robert David Lion Gardiner Foundation,” said Sacha Kopp, Dean of the College of Arts and Sciences, “Together, we will continue to advance scholarship and understanding of the impacts and legacy of this region to the nation, and we will continue in our mission to support the aspirations and careers of students in Suffolk County.”

Paul Gootenberg, Chair of the Department of History, noted that the Gardiner Foundation’s deep interest in the rich and diverse heritage of Long Island is making invaluable contributions to the future appreciation of the region. “We’re thankful for their support, which is evident at all scholarly levels,” he said, “We in the Department work to span the gaps between local and global histories, and the partnership with the Gardiner Foundation is a perfect way to do this.”