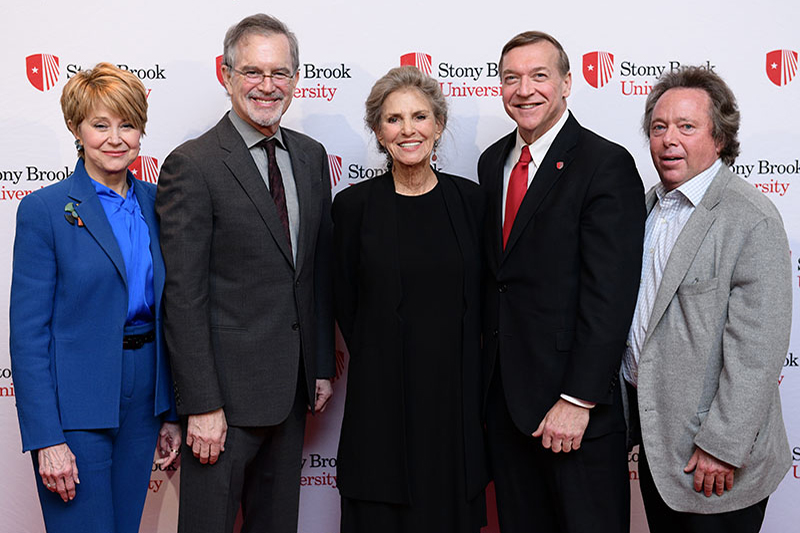 Nearly 700 guests gathered on Wednesday evening at Pier Sixty at Chelsea Piers to honor one of America’s most dedicated and energetic art and education benefactors, Dorothy Lichtenstein, at the annual Stars of Stony Brook Gala.  The philanthropist and wife of the late artist Roy Lichtenstein was recognized for her long-running support of a host of arts, cultural and science initiatives at the University, including the Stony Brook Southampton creative writing and film program, one that provides a vital incubator for students and established writers and filmmakers at campuses on Long Island’s East End and in Manhattan.

Since its inception in 2000, the Stony Brook Foundation’s Stars of Stony Brook Gala has raised $50 million to support student scholarships and a featured academic program of excellence. This year’s Gala adds a new record with over $7.1 million raised, including a $5 million donation from Lichtenstein earmarked to support Stony Brook Southampton’s creative writing and film programs and a variety of scholarships and educational initiatives.

A host of renowned authors and Visiting Professors including  Amy Hempel, Patty Marx, Melissa Bank, Cornelius Eady,  Susan Minot, and Emma Walton Hamilton were on hand, along with Killer Films’ Christine Vachon, producer of 60 films including Boys Don’t Cry and who also serves as Artistic Director of Stony Brook’s film programs on the Southampton and NY campuses.  Alec Baldwin, Academy Award-winning actress Mercedes Ruehl and celebrity chef and The Chew co-host Carla Hall were among the friends who lovingly and humorously toasted the honoree in a video played during the dinner, for her support of efforts that are helping to give birth to a generation of filmmakers, writers and fine artists. Also in attendance were SUNY Chancellor Kristina Johnson and SUNY Board Trustee Merryl Tisch.

“For well over a decade, Dorothy has helped foster the creativity of a new generation of fine artists, writers, filmmakers and cultural thinkers, ones who are going on from Stony Brook to make our world a fuller, more vibrant place,”  said Richard Gelfond, ‘76, Chair of the Stony Brook Foundation and Gala Co-Chair. “Dorothy quietly leads by example, and has been the true hero of the Stony Brook Southampton arts program story.” 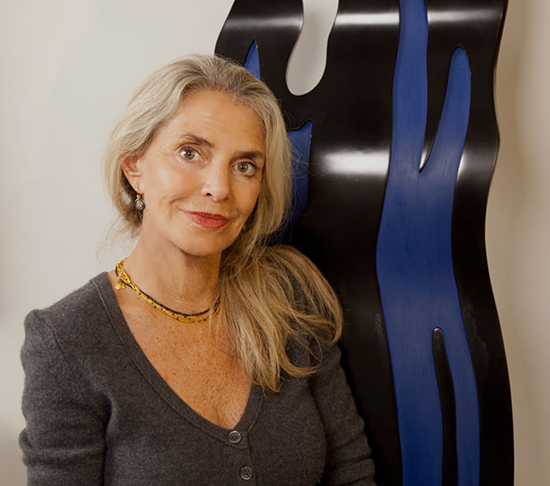 “There are a lot of people coming into the program who wouldn’t normally have access to these kinds of classes, professionals and equipment,” said Christine Vachon, noted Hollywood Film Producer and Artistic Director of Stony Brook’s film programs.  “It’s allowing them to get their stories out there, and that’s really thanks to Dorothy.”

Academy Award-winning actress Mercedes Ruehl concurred stating: “This film program is first class, competitive with Columbia and NYU.  And through it alone, Dorothy is leaving a large footprint on the culture of our times.”

“We’d be nowhere without Dorothy Lichtenstein, we offer her the greatest thanks for her support,” said actor and Long Island native Alec Baldwin, who has conducted master classes at Stony Brook Southampton Theater Conferences.

Stony Brook University President Samuel L. Stanley Jr. noted: “It’s a privilege to have the enduring passion, vision and support of Dorothy Lichtenstein. Not only for championing the arts here at Stony Brook, but also for partnering with us in other priority areas such as scholarships and the important work we’re doing in Madagascar and Kenya.  Dorothy is the prime example of a strong and growing number of leaders who are dedicated to Stony Brook University’s noble mission.”

Lichtenstein has been a passionate advocate for the University’s arts programs at Stony Brook Southampton and at Stony Brook’s Pollock-Krasner House and Study Center, the home and studio of artists Jackson Pollock and Lee Krasner.  Lichtenstein’s philanthropy extends to the University’s programs around the world; she has made significant investments in both the famed paleoanthropologist Richard Leakey’s research on human evolution at Turkana Basin Institute in Kenya and Indianapolis Prize-winning Patricia Wright’s conservation work at Centre ValBio in Madagascar. The depth of her support inspired SUNY to confer Ms. Lichtenstein with an Honorary Doctorate in 2014. 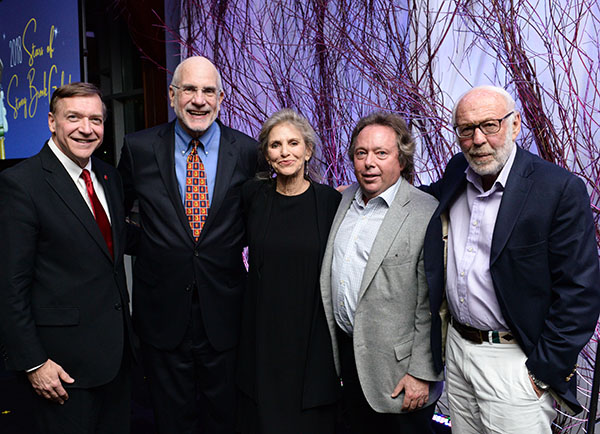 Led by Associate Provost Robert Reeves, the Stony Brook Southampton creative writing and film programs gather together graduate and undergraduate storytellers pursuing a broad variety of outlets, under the mentorship of a renowned faculty of working professionals.

Creative writing students cultivate their craft by developing original work, while also acquiring the necessary skills to pursue and succeed in their vocation as independent, imaginative poets and authors.   Students in the University’s graduate digital film program, the first in the SUNY history,  focus on screenwriting, writing for television, direction and producing, and gain real-world, hands-on experience with Christine Vachon and her award-winning independent production company Killer Films and other affiliate film production companies.