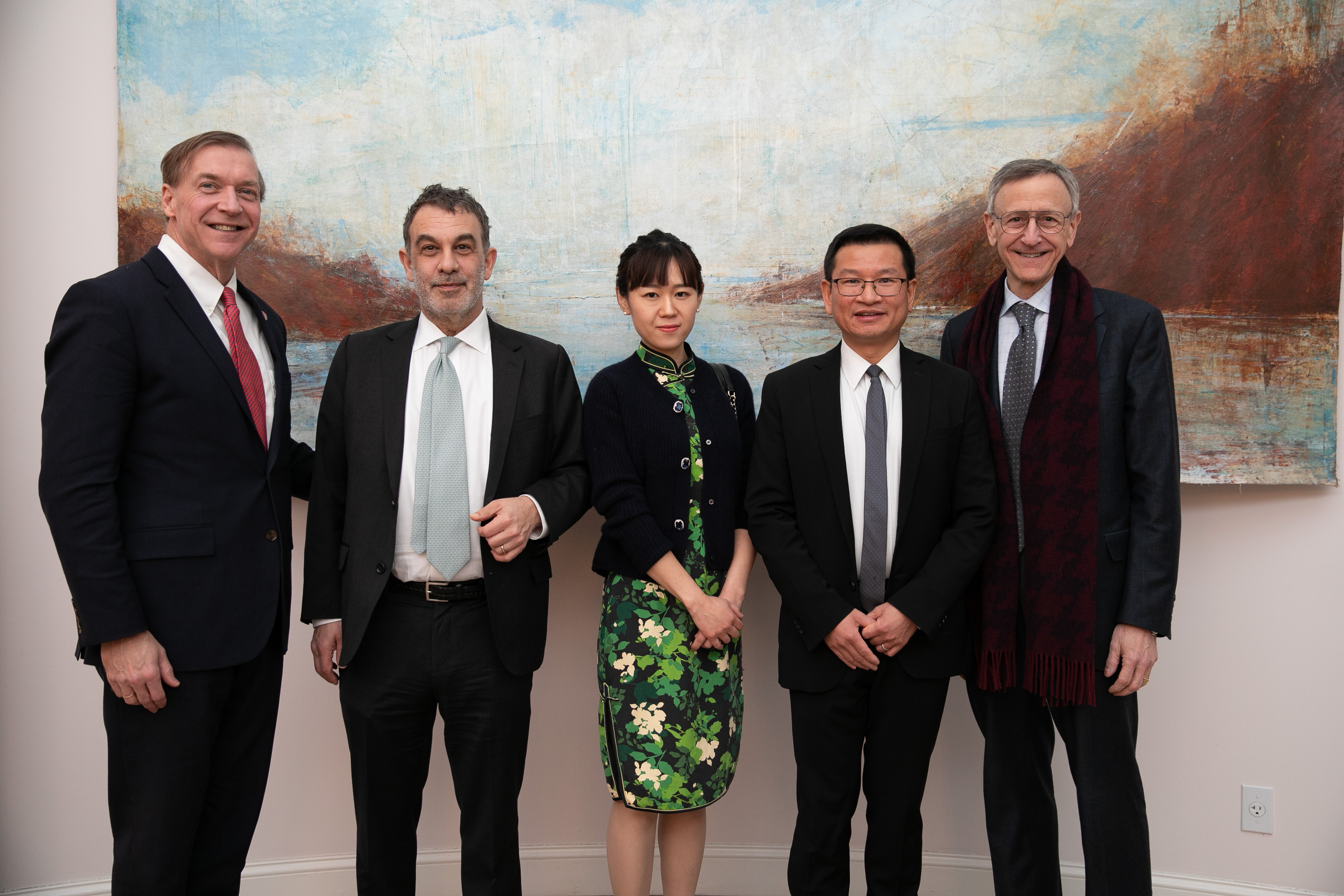 The fight against cancer and other deadly diseases is constantly becoming more and more advanced. To make these advances possible, new tools based on computer science and engineering are opening up new possibilities. These machine learning techniques (popularly known as artificial intelligence) are being deployed to solve medical challenges. One such embodiment of this new approach to medicine is the digitization of images, which is certain to find new applications in medicine.

Stony Brook University recognized one of the leading pioneers in bringing those disciplines together – and the private philanthropy supporting his work – on March 7, 2019 when Joel Saltz, MD was formally invested as the inaugural Cherith Foundation Chair in Biomedical Informatics in the Renaissance School of Medicine. The position, created by a 2013 gift from the Cherith Foundation, will help put Stony Brook at the forefront of developments in this fast-growing field, for the benefit of patients not only at Stony Brook Medicine, but around the world. The investiture ceremony provided an opportunity to bring leaders from Stony Brook together with Cherith Foundation founders Scott Chen and Yilin Wang ’07 and recognize the progress that has already been made.

“The Chen family is remarkable in many ways, and I credit them with discerning the outsized impact biomedical informatics will have on all of society,” said Stony Brook University President Samuel L. Stanley Jr., MD. “From prediction and prevention to personalized medicine in the clinic, bioinformatics is truly disrupting the practice of clinical medicine and medical research – and I mean that in the best possible way!”

“Yilin and I set up the Cherith Foundation seven years ago, mainly as a vehicle to deploy the funds that God put in our hands,” Chen said. “The real heroes are the people who do the amazing work, and Dr. Saltz is one of the people we are so privileged to work with. Under his leadership, the Biomedical Informatics program has flourished into such a great program.”

Dr. Saltz, who came to Stony Brook in 2013 as the Founding Chair of the University’s Department of Biomedical Informatics, arrived having already built two successful biomedical informatics departments at Emory University and the Ohio State University. At Stony Brook, he’s created a world-renowned, NCI-funded digital pathology program that brings in researchers from the Schools of Medicine and Engineering at Stony Brook and encompasses leadership of several national NCI-funded consortia.  He has collaborated with former colleagues at Emory and researchers at the University of Arkansas to earn an $8 million grant from the National Cancer Institute to coordinate radiology and pathology information for cancer treatment. He is also developing digital solutions for pathology slide specimens, allowing doctors to more fully access the information contained on a glass slide, only a fraction of which may be currently used in medical care.

“Even from his earliest days, Joel was a thought leader in bringing together quantitative science and medicine,” said Dr. Ken Kaushansky, senior vice president for Health Sciences and dean of the Renaissance School of Medicine. “I kid Joel that once he is successful in making the computer algorithms better than the pathologist’s eye, he will put himself out of a job.”

It was announced at the investiture that Dr. Kaushansky and College of Engineering and Applied Sciences Dean Fotis Sotiropoulos had appointed Dr. Saltz as Director of the new Institute for Engineering-Driven Medicine.

For his part, Dr. Saltz expressed his appreciation for the opportunity to work in two highly regarded schools on one campus, along with his gratitude to the Cherith Foundation for the support that comes with an endowed chair.

“It really is a tremendous honor to have been selected as the recipient of this inaugural chair,” Dr. Saltz said. “Our Stony Brook Department of Biomedical Informatics is the only one, to my knowledge, that is actually in both the School of Medicine and in Engineering. This is really, really uncommon, and really critical. Having a department that is both engineering and medicine allows us to have people who are somewhat more theoretical in the same department as people who create software/data that can be deployed in biomedical research and by the Stony Brook Health System. The confluence of both models is extremely productive. The fact that Stony Brook had actually thought through what a department should be, and that Scott and Yilin had said, ‘This is really important and we want to make this happen,’ is tremendously inspirational.”