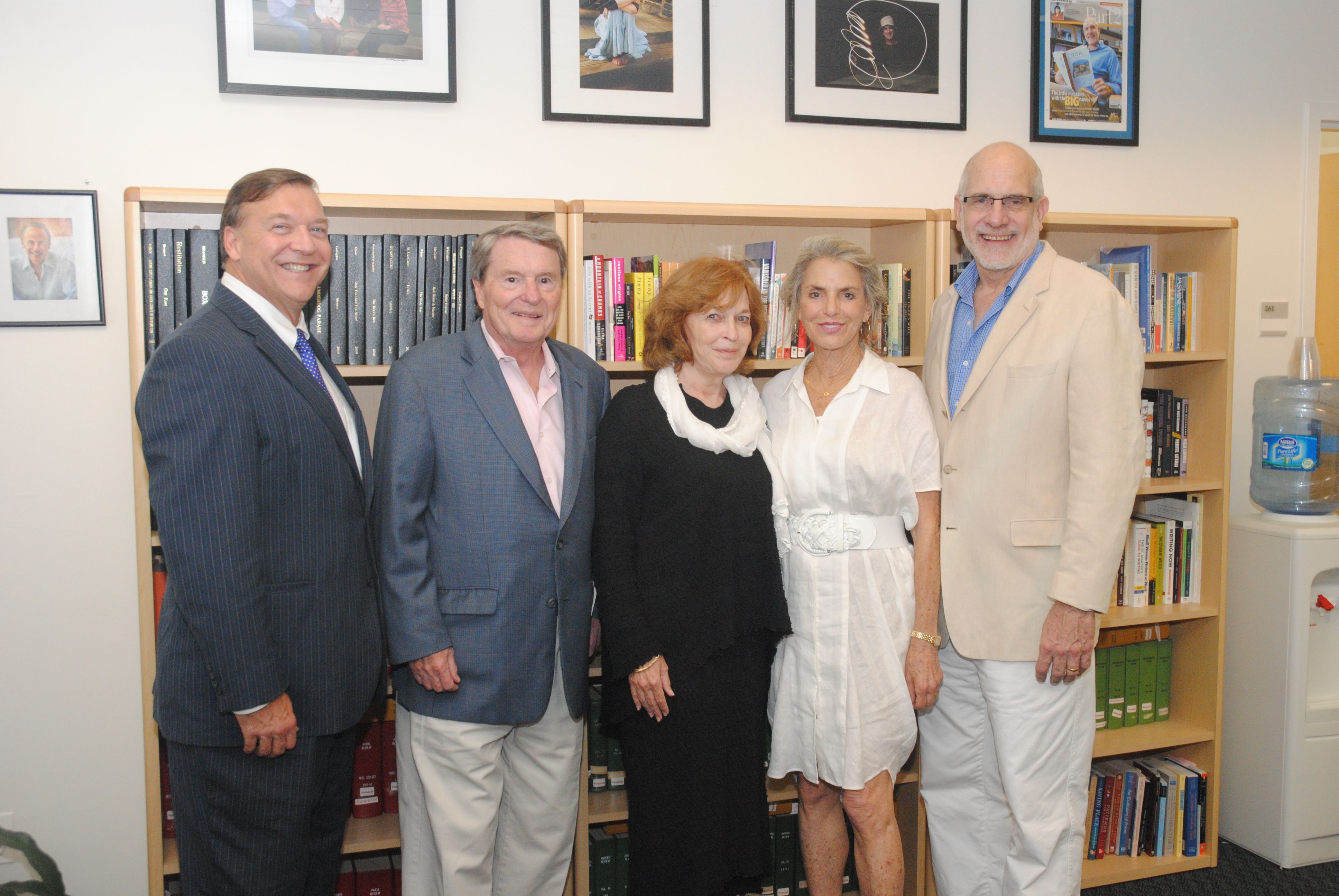 Ms. Lichtenstein, President of the Roy Lichtenstein Foundation, is a longtime supporter of Stony Brook Southampton Graduate Arts programs; first as a frequent audience member at events and then as a writing workshop participant.

“The growth I’ve witnessed in the last decade has been nothing short of amazing,” said Ms. Lichtenstein, citing new graduate programs in theatre, publishing, visual arts, and digital filmmaking, a presence in Manhattan, and programs designed to train young writers and artists on the East End. “This gift reflects my confidence in President Stanley’s leadership and the University’s commitment to excellence in the arts at Stony Brook Southampton. It also reflects my confidence in the extraordinary leadership of Robert Reeves, who has founded many of these programs and presided over their dramatic growth. The growth has not come at the expense of quality. These programs are among the best of their kind, which is why they have risen to national and international prominence. I am proud to support this important work.”

Stony Brook University President Stanley said Ms. Lichtenstein’s generosity is a testament to the institution’s ongoing commitment to excellence across disciplines and campuses.

“We are truly gratified by Dorothy’s confidence in the Southampton Arts program and that she shares our vision for Stony Brook University’s potential for greatness in the creative arts.”

The mission of Southampton Graduate Arts is to build a community of graduate programs that promote collaboration among creative disciplines that foster exploration of artistic expression outside traditional program borders, and that continuously and effectively support the creation of original work in creative writing, theatre, film, and visual arts. With this generous gift, Southampton Arts can move forward on several important initiatives, including the David Rakoff Studio Theater, scholarships for students, and the launch of a digital filmmaking program.

Robert Reeves, Associate Provost for Southampton Graduate Arts, says the gift “comes at just the right time. It will allow us to take advantage of fresh opportunities that arise at this transformative moment in which we are witnessing the great democratization of the creative arts. The opportunity here is to continue to build programs that are not only excellent, but affordable, inclusive, and responsive to the arts as they exist and continue to evolve.”

As President of the Roy Lichtenstein Foundation (est. 1999), Ms. Lichtenstein advances the Foundation’s mission to encourage and support a broader understanding of the work of Roy Lichtenstein and his contemporaries. Ms. Lichtenstein has been active in the New York art scene since the early 1960s and serves on a number of boards including those of the Parrish Art Museum, the Trisha Brown Dance Company, and Studio in a School, a program that sends professional artists into New York public schools. She is also a recipient of the Chevalier of the Order of Arts and Letters from the French Ministry of Culture and Communication.